A full lineup of global thought leaders and visionary industry experts will comprise the Work 2040: Future of Work in a Sustainable World conference agenda.

Dan Black is Global Recruiting Leader of EY. In his role, Dan is responsible for EY’s global talent acquisition strategy, including sourcing, attracting and hiring people with diverse backgrounds and experiences. Before being named EY Global Recruiting Leader in 2017, Dan spent 18 years leading various EY Recruiting functions in North and South America. Prior to his career in recruiting, he served as an auditor for financial services clients as a Certified Public Accountant. Dan earned a Bachelor of Science degree from Binghamton University and a Master’s degree in Human Resources from Fordham University. Dan regularly provides commentary for top media outlets such as the Wall Street Journal, CNN, FORTUNE, Forbes, Fox Business and the New York Times, among others. Dan is a former president and a longtime board member of the National Association of Colleges and Employers (NACE), the leading US organization focused on the employment of the college-educated. Dan is also active within his local community, serving as a volunteer firefighter and Treasurer for the Archville Fire Department and as a coach, referee and active supporter of youth sports in his hometown of Sleepy Hollow. 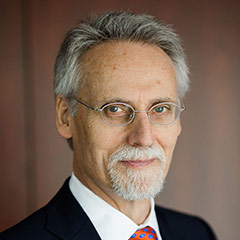 William “Bill” Boulding is dean of Duke University’s Fuqua School of Business. He is an accomplished scholar who has advocated at the top levels of government, industry, and academia for ways that enable business to improve society. Bill chairs the boards of the Graduate Management Admission Council (GMAC®) and Duke Corporate Education. He received his BA in Economics from Swarthmore College and his Ph.D. in Managerial Sciences and Applied Economics from the Wharton School, University of Pennsylvania. He also serves on Swarthmore College’s Board of Managers. 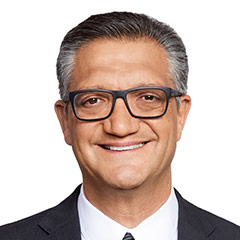 Emanuel “Manny” Chirico is chairman and chief executive officer of PVH Corp., owner of brands including CALVIN KLEIN, TOMMY HILFIGER, Van Heusen, Speedo, Warner’s and IZOD. Under his leadership, PVH has become one of the most admired fashion and lifestyle companies in the world, with $9.7 billion in annual revenues and 38,000 associates operating in over 40 countries. Manny has helped transform PVH from a North American dress furnishings business to a company that powers brands that drive fashion-forward — for good. He’s made philanthropy and corporate responsibility key pillars in how PVH conducts business, recognizing the opportunity to positively impact people and the environment against a backdrop of financial growth. In 2018, he received Women’s Wear Daily’s CEO Creative Leadership Award and was named Person of the Year by the American Apparel & Footwear Association (AAFA). He also was named a Top CEO by Glassdoor and received the Committee for Economic Development’s (CED) Leadership Award. 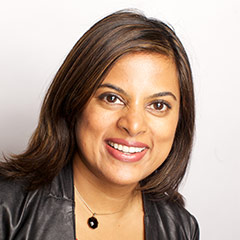 Swati D. Doshi is the Founder and Managing Director of Human Results, an HR Consulting and Coaching firm. She brings best practices of high performing teams from her leadership roles with Fortune 500s, start-ups and growth companies like Google to help clients find and grow top talent. 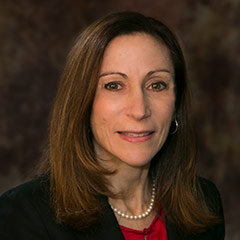 Sheri Feinzig, Ph.D. is a partner with IBM’s Global Business Services Talent & Transformation practice. She is an experienced executive with expertise in human resources research, organizational change management, business transformation, and performance feedback. Sheri earned her Ph.D. in industrial-organizational psychology from the University at Albany, State University of New York. She is a published author with articles in Harvard Business Review, HR People + Strategy Journal, Workforce Solutions Review and others, and over 25 whitepapers. She is also a co-author of the critically acclaimed workforce analytics book The Power of People (Pearson FT Press). In addition to her extensive corporate, consulting, and research experience, Sheri has taught classes at the undergraduate, masters, and doctoral levels at Rensselaer Polytechnic Institute in Troy, New York, and the Illinois Institute of Technology in Chicago. She is currently an adjunct professor for New York University's Human Capital Analytics and Technology Master of Science program. 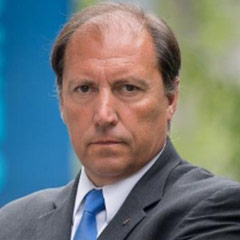 Josep Franch has served as dean of ESADE Business School since 2014, where he is an associate professor in marketing. As the academic and operational leader of one of the most renowned academic institutions in higher management education, Josep is an expert in international marketing and global marketing, and his main area of specialization is brand management in multinational and global companies. He is also one of the main European experts in the case study method. He has won the EFMD Case Writing Competition on three occasions (1999, 2001, and 2013) and also has three case writing awards at the North American Case Research Association (NACRA) Annual Conference (2004, 2010 and 2015). He sits on the editorial board of the Case Research Journal and Wine Business Case Research Journal and is one of the co-editors of the Global Jesuit Case Series. He received his Ph.D. in Business Administration and Management from ESADE and Universitat Ramon Llull. 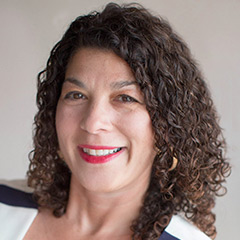 Ellen Glazerman is the Executive Director of the Ernst & Young Foundation, and Director of University Relations, Americas for EY (formerly Ernst & Young). She supports a variety of initiatives within the firm’s Office of Public Policy. Formerly the Americas Director of Campus Recruiting for EY, she joined Ernst & Young LLP in May of 1993 as the Director of the Ernst & Young Foundation. Ellen is the Past- Chair and current member of the Board of Directors for the Graduate Management Admission Council, the Leventhal School of Accounting Board of Advisors, and Brigham Young University’s School of Accounting Board of Advisors. She was a Commissioner for the profession’s Pathways in accounting initiatives. Ellen is also Past-Chair of the Forte Foundation Board of Directors, a not-for-profit dedicated to “inspiring women business leaders.” Ellen is an Executive Coach, who focuses on transition. Prior to joining EY, Ellen was a development officer, raising private money for several universities. 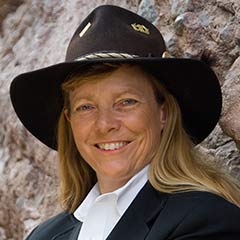 L. Hunter Lovins is President of Natural Capitalism Solutions. NCS helps companies, communities and countries implement more regenerative practices profitably. A professor of sustainable business management at Bard MBA, she coaches social enterprises around the world. Consultant to industries and governments worldwide, including Walmart, Unilever, and Shell, she has briefed heads of state, local governments, the UN, and officials in 30 countries. Author of 16 books, including A Finer Future: Creating an Economy in Service to Life, Hunter dozens of awards including European Sustainability Pioneer award, and the Right Livelihood Award. Time Magazine named her Millennium Hero for the Planet. 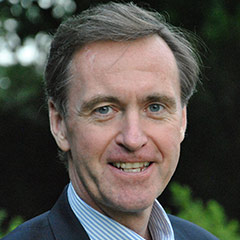 Chris Lowney is vice-chair of the board of CommonSpirit Health, America’s largest nonprofit health system, with $29 billion in revenues. He is a one-time Jesuit seminarian and later served as a managing director of J.P. Morgan & Co on three continents. He is a popular keynote speaker who has lectured internationally on leadership, business ethics, decision-making, and other topics. He is the author of six books and has co-authored two more. The bestselling Heroic Leadership has been translated into eleven languages and was named to the recommended reading list of the Commandant of the United States Marine Corps. His latest work is Make Today Matter: 10 Habits for a Better Life (and World), which won a 2018 Independent Press Award as a “Distinguished Favorite.” The book also won a Gold Medal in the 2019 Illumination Awards. He is a summa cum laude graduate of Fordham University, where he also received his M.A. He is also the holder of seven honorary Doctoral degrees. 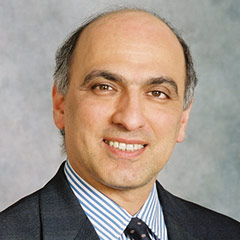 Haig R. Nalbantian is a senior partner at Mercer and a founder/leader of Mercer’s Workforce Sciences Institute. A labor/organizational economist, he has been instrumental in developing Mercer’s unique capability to measure the economic impact of human capital practices. In over 30 years of consulting, Haig has worked with many high-profile organizations to strengthen their use of evidence-based human capital management. In recognition of his work, he was named one of Consulting Magazine’s 2019 Top 25 Consultants for “Excellence in Client Service.” He is an internationally recognized and highly published expert in rewards strategy, incentive and compensation design, human capital measurement and management, and their links to organizational performance. Haig earned his BA in English and Economics at New York University and his graduate degrees in economics from Columbia University 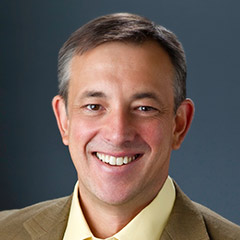 Paul Roehrig is the Global Head of Strategy for Cognizant Digital Business. He is the founder and former Global Managing Director of the Center for The Future of Work at Cognizant. He is also – along with Malcolm Frank and Ben Pring – a co-author of What To Do When Machines Do Everything: How to Get Ahead in a World of AI, Algorithms, Bots, and Big Data and Code Halos: How the Digital Lives of People, Things, and Organizations are Changing the Rules of Business. Paul is a sought after keynote presenter on issues, trends, and opportunities facing – and likely to face – executive teams. He’s regularly quoted in publications such as Forbes, Business Week, The Economic Times, CIO Strategy Center, The Times of India, Global Services, Computerworld, The Hindu Business Line, Computer Sweden, and others. Since joining Cognizant, Paul has also held marketing and strategy roles in Cognizant’s Business Process Services group, been a founding leader of the company’s digital line of service, conceived and developed the Collaboratory innovation space network, and he’s published and consulted extensively on best practices and economics related to digital transformation. 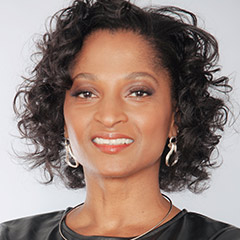 Adrianne C. Smith was recently named the first Global Director of Inclusion and Diversity at WPP, the largest multinational communications, advertising, public relations, technology and commerce holding company. Adrianne is also the Founder and Visionary of the Can: Diversity Collective, a non-profit organization created to provide access and exposure to young adults of color and under-represented communities to global thought leadership conferences on advertising, marketing, creativity, economics, innovation and technology. She has been an advocate for 20-plus years. 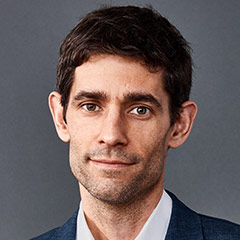 Nicholas Thompson is the editor-in-chief of WIRED. Prior to joining WIRED, Nicholas served as the editor of newyorker.com from 2012 to 2017, where he oversaw and managed the magazine’s fast-growing website. Previously, he was a senior editor at The New Yorker. He is also a contributor for CBS News, where he discusses technology on CBS This Morning, the CBS Evening News, and CBSN. His book, The Hawk and the Dove: Paul Nitze, George Kennan, and the History of the Cold War, was published in 2009 to critical acclaim. He was a United States Truman Scholar and graduated Phi Beta Kappa and with honors from Stanford University. 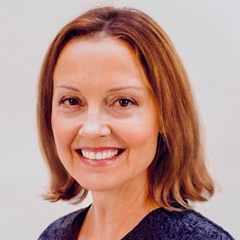 Jessica Wade is a systems thinker and collaborator with a curiosity for life-long learning, people and the impact we have on the world. In 2009, after a decade of designing at Calvin Klein and Ralph Lauren, she founded a start-up and built an award-winning B2C luxury brand and business model focused on client engagement. Located in TriBeCa, the Jes Wade Atelier nurtured personal client relationships through intimate experiential retail environments while streamlining the glamour of artisanal craftsmanship with just-in-time manufacturing.In 2016, intrigued by industry disruption as opportunity for business transformation, Jessica applied to graduate school and began consulting for the creative agency Ceft and Company. During her MBA at Fordham Gabelli School of Business she specialized in global sustainability and was awarded for “going above and beyond the classroom” to engage fellow students, faculty and professionals in events, discussions and futures thinking workshops towards business for good. In 2018, Jessica started strategy consulting for 10 technology start-ups and researched target industries while delivering pitches, organizing events, developing client partnerships, and troubleshooting product adoption at The Glimpse Group.