Students in Fordham Law’s Democracy and the Constitution Clinic develop non-partisan reforms to strengthen the nation’s democracy and its institutions. Their reports are informed by careful deliberation and research, including interviews with leading experts and policymakers. 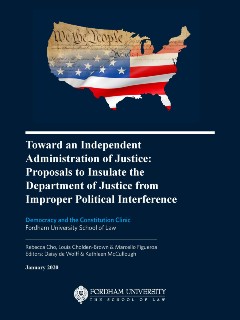 Toward an Independent Administration of Justice: Proposals to Insulate the Department of Justice from Improper Political Interference

The rule of law is undermined when political and personal interests motivate criminal prosecutions. This report advances proposals for ensuring that the federal criminal justice system is administered uniformly based on the facts and the law. It recommends a law preventing the president from interfering in specific prosecutions, another law establishing responsibilities for prosecutors who receive improper orders, and new conflict of interest regulations for Department of Justice officials. 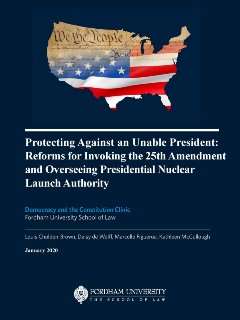 The immense powers of the presidency and the vast array of global threats demand a physically and mentally capable president. To help ensure able presidential leadership, this report advocates reforms related to the 25th Amendment, including proposals for an “other body” to act with the vice president in certain circumstances to declare the president unable and a mechanism for officials to report concerns about the president’s capacity. The report also recommends new checks on the president’s authority to use nuclear weapons, such as procedures for notifying top national security officials when use is contemplated. 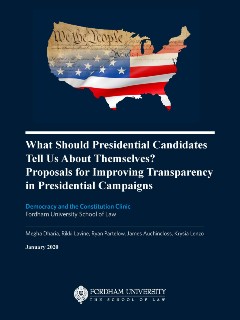 Elections are at the foundation of our democracy, but voters sometimes cast their ballots without critical information about presidential candidates. This report calls for requirements that candidates release more personal financial information, including five years of tax returns, and undergo criminal and intelligence background checks. The report also advocates for a system allowing candidates to submit to voluntary medical exams with some results released to the public. 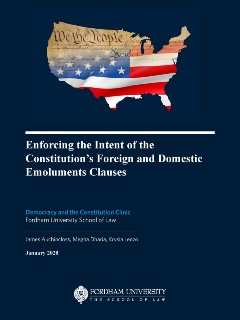 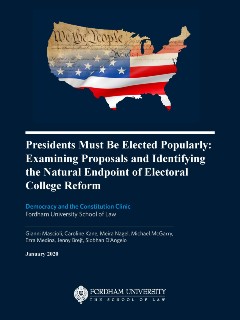 Presidents Must Be Elected Popularly: Examining Proposals and Identifying the Natural Endpoint of Electoral College Reform

The Electoral College effectively disenfranchises voters who live outside the few states that decide presidential elections. This report endorses a change in the way electoral voters are allocated to ensure that Americans’ votes receive the same weight. States should sign on to the National Popular Vote Interstate Compact, an agreement among states to allocate their electoral votes to the winner of the national popular vote. Ranked choice voting should also be employed to ensure that candidates receive majority support. 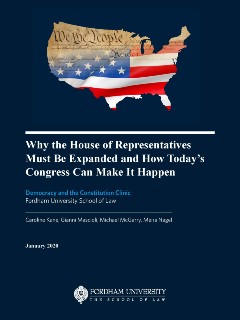 The House of Representatives was designed to expand alongside the country’s population—yet its membership stopped growing a century ago. Larger and, in some cases, unequal sized congressional districts have left Americans with worse representation, including in the Electoral College, which allocates electors partially on the size of states’ House delegations. This report recommends tying the House’s size to the cube root of the nation’s population, which would lead to 141 more seats. It also calls for an approach to drawing districts that would eliminate gerrymandering.