Challenge: Twitter contains a large amount of unstructured and imbalanced data. This provides a challenge when performing sentiment analysis on this data.

Approach: First we deal with the imbalanced dataset issue by using the synthetic minority over-sampling algorithm (SMOTE) to synthetically oversample the minority class. Next, we implement different n-gram vectorizations and term frequency-inverse document frequency vectorizations on the dataset. Then we take a two-stage ACCESS pipeline approach as used in the Combinatorial Fusion Analysis (CFA) framework (Figure 2, [6]). Stage one involves using our machine learning algorithms to select and combine extracted attributes from our dataset. Stage two is where a subset of good and diverse algorithms is combined through the process of CFA. It must be noted that the algorithms being combined must be diverse in the sense of cognitive diversity. This means that the algorithms must think differently from each other or else there will not be as much improvement through CFA.

Logistic Regression: This algorithm outputs pseudo probabilistic values. In a binary situation, they should be mean 0 or 1. This can be extended to multi-class. The key assumption is that all encounters are believed to be independent.

Naive Bayes: This algorithm is a probability-based classifier that uses Bayes theorem and estimates the maximum a posterior using a feature independence assumption.

Perceptron: Given a feature X, Perceptron will give a label for 1 and -1. Perceptron acts as a linear binary classifier, with the 1 acting as a threshold. If X does not meet this threshold, it is -1.

Support Vector Machine (SVM): This algorithm is similar to Perceptron but uses a hyperplane to determine a threshold to choose class labels. The margins of the function are maximized by using multiple hyperplanes and optimal points for support. Non-linear formulations of SVM exist such as Radial Basis Function (RBF) which attempts to draw nonlinear boundaries.

For each vectorization method, a set of scoring systems S is generated:

Each Ai is a classification model. In our case n = 5 and each scoring system will have 3 classes: positive, negative, and neutral.

For each tweet, each scoring system A assigns a confidence score to the tweet according to the three classes PA (positive), PA (neutral), and PA (negative) which sum up to 1. This scoring process is applied to every tweet that will be classified.

For two scoring systems A and B, Cognitive diversity, between A and B is defined as:

For two scoring systems A and B, Cognitive diversity, between A and B is defined as:

Figure 4 illustrates the results of our 60 2-combinations with the 5 methods of classifications and the 3 classes. Score combination and rank combination each have 30 points. The x coordinate is the performance ratio and the y coordinate is the cognitive diversity value. Both values are normalized using standard scalar linear function to [0, 1].

Future work will contain weighted combinations using performance or model diversity of each model as a weight. Also other classification algorithms can be used such as neural networks. Other sampling methods can also be used instead of SMOTE, such as under sampling or oversampling the majority class. 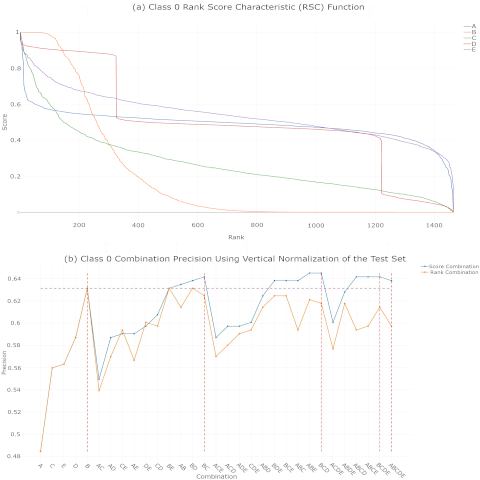 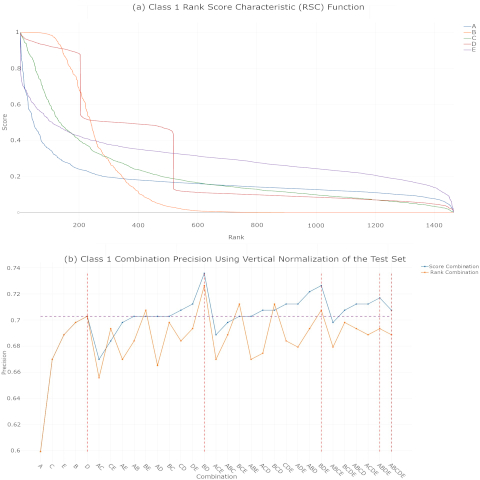 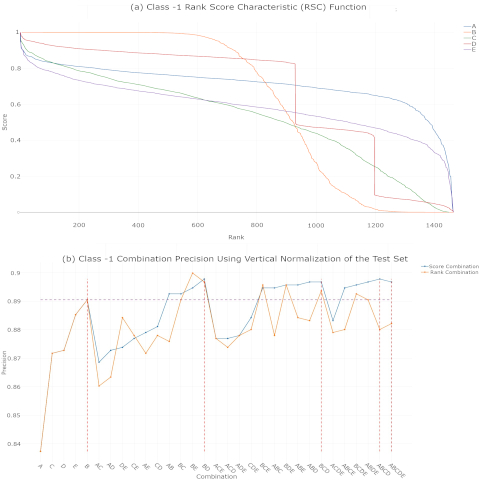 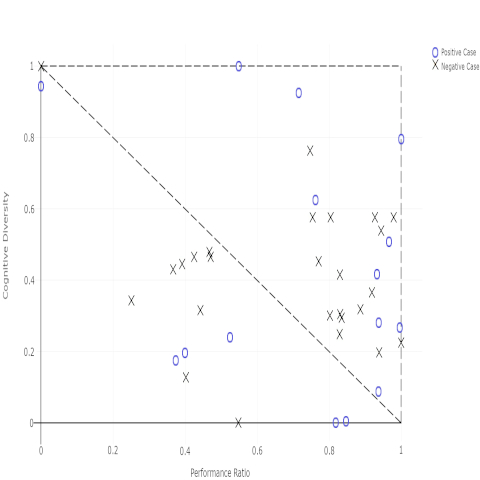 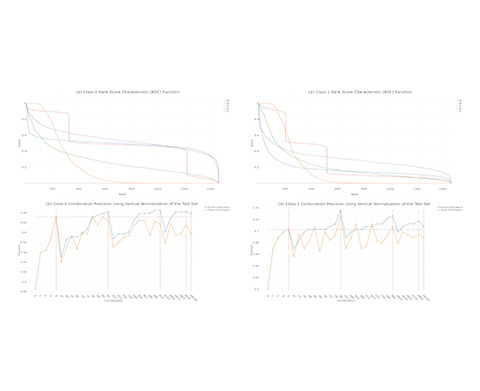 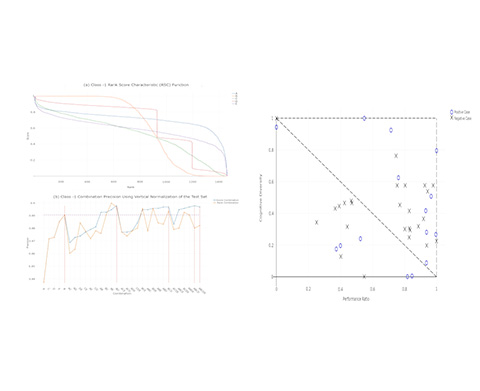