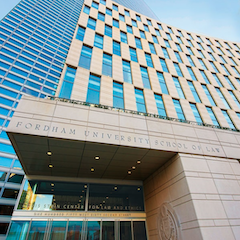 Since the invention of the printing press, commercial media companies have had a vital role in determining the information we consume. Today, in our networked information economy, their importance has only grown. The McGannon Center for Communications Research is thrilled to announce that we will host three leaders in the news business today: Fabio Bertoni (General Counsel at the New Yorker), Ava Lubell (General Counsel at Quartz), and Ravi Sitwala (Associate General Counsel at Hearst). They will each talk about their experiences at their companies as well as some of the most pressing legal problems for online media companies, including expanding privacy protections from Europe and California, leaks to journalists, and, generally, the role of large commercial media in democracy.