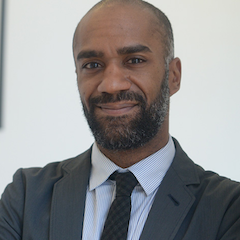 The full text of this essay may be found by clicking here.

This Columbia Law Review Forum Essay is an invited response to Tim Wu’s Article, “Will Artificial Intelligence Eat the Law?.” The authors of both presented the ideas in their respective papers at a Columbia Law Review symposium in Spring 2019 on “Common Law for the Age of AI.”

The big tech firms, policymakers, and courts are poised to reform the ways in which they govern social media content. The proposed changes, as varied as they are, will one way or another allocate responsibility between the stakeholders in new ways. This Essay argues, among other things, that any such reforms should not treat social media applications as pristine speech platforms for earnest democratic debate. Rather, in recognition of the work of many scholars, including Wu’s own impressive work, it asserts that reform should address social media companies as commercial enterprises whose priority is to maximize user attention and engagement for advertisers. It is for this reason, the Essay asserts, that policymakers should reject efforts to defer to the companies’ own automated decision-making systems for moderating content. These technologies are just one asset in the political economy and industrial designs of social media. They have not yet displaced the vital role that human labor and human incentives play. It is for this reason that it is far too soon to write off untested but extant resources in law.