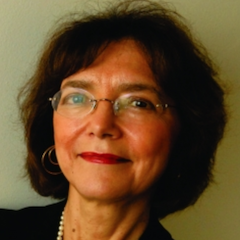 Dr. Clara E. Rodríguez is a Professor of Sociology at Fordham University’s College at Lincoln Center. She is the author of numerous books including: Heroes, Lovers and Others (Washington, D. C.: Oxford University Press, 2008; Smithsonian Institution Press, 2004); Changing Race: Latinos, The Census and the History of Ethnicity in the United States (New York: New York University Press, 2000); Hispanics in the Labor Force: Issues and Policies, with Meléndez, E. and Barry Figueroa, J., eds. (New York: Plenum Press, 1991); Puerto Ricans: Born in the USA (Boulder, CO.: Westview Press, 1991); and Latin Looks: Images of Latinas and Latinos in U.S. Media (Boulder, CO: Westview Press, 1997). She is the recipient of numerous research and teaching awards, including the American Sociological Association’s Award for Distinguished Contributions to Research in the Field of Latina/o Studies, her university’s Award for Distinguished Teaching in the Social Sciences, and she was designated “Distinguished Lecturer” by the Organization of American Historians.

She has been a Visiting Professor at Columbia University, MIT, and Yale University. She has also been a Visiting Scholar at the Russell Sage Foundation and a Senior Fellow at the Smithsonian Institution’s National Museum of American History. Previously, she was the Dean of Fordham University’s College of Liberal Studies. She has written numerous articles on Latinos in the United States and is co-author of The Culture and Commerce of Publishing in the 21st Century, Stanford University Press (2007) which received the Sigma Nu National Jesuit Book Award in 2007 and was translated into Chinese. She has also been a consultant to a number of television shows and documentaries, most recently, “Dora, the Explorer” and “Sesame Street.” She was elected to a three-year term on the American Sociological Association’s Governing Council and was selected as one of the “100 Most Influential Hispanics in the nation” by Hispanic Business, October 2007. She was also appointed to the Citizens’ Stamp Advisory Committee for a three-year term by the Postmaster General and is a member of the National Council of La Raza Board of Directors

In the past few months, she’s been working on the following:

1. She wrote a chapter for an edited book that is entitled Aesthetic Cosmopolitanism and Global Culture, Vincenzo Cicchelli, Sylvie Octobre & Viviane Riegel (Eds.), The Netherlands:  Brill International Publishers. There are 18 authors in this volume, they write about different dimensions of media and culture in different parts of the world. They are also based in different countries; these include France, Brazil, the United Kingdom, Australia; Argentina; Israel; Italy, Taiwan, Uruguay, and the US. Her chapter is entitled “Cosmopolitan Socialization: How I See Me, How They See Me” and it is part of the last section of the book, which is entitled: “Reframing Boundaries through Aesthetics.”  The was scheduled to appear in 2019, but she have not yet seen the published copy.  Her chapter focuses on how people’s view of their race/ethnicity or identity differs from the way in which people in the US view them, and how they would be classified within US racial categories.  It is based on the responses of 71 individuals (from 37 different countries) who watched US-TV in their home countries and then came to the US.

The full reference for her chapter is: Rodríguez, C. E. “Cosmopolitan Socialization: How I See Me, How They See Me” in Aesthetic Cosmopolitanism and Global Culture, Vincenzo Cicchelli, Sylvie Octobre & Viviane Riegel (Eds.), The Netherlands:  Brill International Publishers.

Information on the book is available at: https://brill.com/view/title/38748</a>

2. She is currently finishing up on another chapter for a book. It is entitled “Latina/os on U. S. Primetime Entertainment Television: Update.” This chapter had been in process when the editor of the collection suddenly passed away.  Once she completes the chapter it will be published as a Festschrift for Dr. Josef Raab from the University of Bielefeld. Dr. Raab was extremely important in bringing together media scholars from Germany and around the world to present in Germany on media.  The person in charge of this is Wilfried Raussert, Director IAS International Association of Inter-American Studies, CALAS COM DIR. Black Americas Network, and Professor of North American Literatures and Cultures, Editor of fiar, Forum for Inter-American Research At Universität Bielefeld, Germany.

3. She was invited to contribute a chapter for a book that will be published as The Routledge Handbook on the American Dream.  The editors of this volume are Robert C. Hauhart and Mitja Sardoc.  The title of the chapter is “The American Dream, Latinx and the US Mass Media In the 21st Century.”  Publication is expected in 2021.

4. Her most recent novel America as Seen on TV: Shaping Immigrant Expectations Around the Globe was nominated for two awards by the International Latino Book Awards It was a finalist for the “Best Academic Themed Book” award and won the “Best Author Video Promoting a Book” award. She created two videos in relation to these awards that were seen by 20,000 viewers in 45 countries.

5. She received a Certificate of Scholarship Recognition from the American Sociological Association’s Section on Race, Class, and Gender and I was nominated for the "Distinguished Contribution to Scholarship Book Award."

6. She participated in Tres Cuentos Podcast on “Latinx Literature in the US”. Last year Oprah Magazine mentioned Tres Cuentos as one of the best Latino and Spanish Podcast to learn and laugh.

7. She was interviewed and cited in an article on Oscar nominations by the largest paper in Spain; the article appeared on 1/16/20.