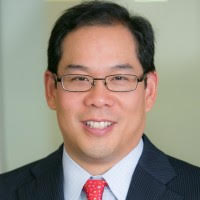 Professor Chia is the Sole Member and President of Soundboard Governance LLC, a company he formed in 2019; and a Fellow at the Center for Corporate Law and Governance at Rutgers Law School. Until June 2019, he was Executive Director of The Conference Board ESG Center, where he currently serves as Senior Fellow. Before joining The Conference Board in 2016, Professor Chia served as Assistant General Counsel and Corporate Secretary of Johnson & Johnson and as Assistant General Counsel, Corporate of Tyco International. He also practiced law at the global law firms Simpson Thacher & Bartlett and Clifford Chance, both in New York and Hong Kong.

Professor Chia has held central leadership positions in the corporate governance field, including Chair of the Board of the Society for Corporate Governance, President of the Stockholder Relations Society of New York, and member of the New York Stock Exchange Corporate Governance Commission. He is currently a member of the Society for Governance Professionals, Corporate Laws Committee of the American Bar Association, and National Asian Pacific American Bar Association.  Professor Chia has received numerous awards and recognitions for his work in corporate governance. A nationally recognized governance expert, Professor Chia has spoken at major conferences and seminars across the United States throughout his career and has frequently appeared in the news media, including CNN, NPR Marketplace, The Wall Street Journal, Financial Times, and The New Yorker. He received an A.B. degree from Dartmouth College and a J.D. degree from the Georgetown University Law Center.

Professor Drake joined Fordham Law School in June 2020 as the Instructional Services Librarian and Adjunct Professor of Law. Prior to joining Fordham, she was the Assistant Director of Operations & Educational Programs and Director of the Excellence in Legal Research Program at the Texas Tech University Law Library. She received her J.D. from William & Mary Law School and her M.L.I.S. from the University of Maryland College Park.  Professor Drake's scholarship focuses on instructional design and pedagogy, focusing on the use of cognitive science-backed strategies to improve long-term retention of legal practice skills.

Professor Galizzi is a Clinical Professor of Law and Director of the Sustainable Development Legal Initiative (SDLI) and the Corporate and Social Responsibility Program at the Leitner Center for International Law and Justice at Fordham Law School. He teaches and researches in the areas of international law, sustainable development, corporate and social responsibility, human rights and climate change law and policy.

Since joining Fordham, Professor Galizzi has founded and directed the Sustainable Development Legal Initiative (SDLI) and later, thanks to a generous donation of PVH Corporation, the Corporate and Social Responsibly Program (CSR) within the Leitner Center for International Law and Justice.

For the past twenty years, Professor Galizzi has worked in Africa and particularly in Ghana, where he has held various academic positions (Visiting Professor of Law at the School of Law, GIMPA, Accra from 2015-2018; Founding Director of the African Center for International Criminal Law and Justice – ACICJ - and Founding Director of the African Center on Legal Ethics – ACLE – hosted by GIMPA Law School from 2016 to the end of 2018).

Professor Galizzi has been actively engaged in scholarship as well as in the practical application of international rules in areas as diverse as environmental law, climate change law and policy, development and human rights. Over the years, he has worked on clinical projects with Ghanaian Law Schools and students on prisoners’ rights, customary law, access to justice and police reform. Professor Galizzi has worked with stakeholders in the Ghanaian legal system to address issues on access to justice and critical legal reforms. In particular, he worked closely with his Ghanaian academic partners with the Judicial Service, the Legal Aid Scheme, the Prison Service, the Police Service and the Attorney General  to promote capacity building, training and more generally the exchange of ideas between the United States and the Ghanaian legal profession. In 2015, the American Association of Ghanaian Lawyers (AGLA) recognized his work on legal education and the law in Ghana in an award ceremony.

Professor Galizzi worked with then Chief Justice Georgina T. Wood for over ten years during her tenure at the head of the Judicial Service of Ghana (2007-2017). In 2014-2015, he was appointed Legal Advisor to former President of Ghana John A. Kufuor in his capacity as UN Special Envoy on Climate Change. In this role, Professor Galizzi worked with Professor Kufuor to coordinate the efforts the participation of developing countries in the climate change regime. In 2014-2016, Professor Galizzi advised the Chairman of the Council of the Ghana Prison Service on prisoners’ rights and access to healthcare for prisoners.

Professor Galizzi work in Africa included setting up a Human Rights Moot Court Competition in East Africa (Great Lakes Human Rights Moot Court) with colleagues from the Faculty of Law of INES, Ruhengeri (Rwanda) and training of judges in East Africa in partnership with the Federal Judicial Center. In the past five years, Professor Galizzi has also worked in partnership with White & Case and GIMPA Law School in Accra to train African law students on legal ethics issues. The last such training program took place in Kigali, Rwanda in July 2019 and saw the participation of over 70 law students from 10 African countries.

Professor Galizzi has collaborated and supported the work of several international agencies and organizations throughout his career. In particular, he has collaborated with the United Nations Development Program (UNDP), the Equator Initiative, the Red Ribbon Initiative, the Commission on the Legal Empowerment of the Poor and the UNPFA. He currently serves as the Co-Chair of TransformU within the UNFPA and sits on the Project Advisory Board of the Access to Laws/Regulations in Africa (IMF Anti-Corruption Innovation Competition).

Professor Jaeger-Fine is Assistant Dean for International and Non-J.D. Programs at Fordham Law School, where she teaches and oversees a range of degree and non-degree programs. Prior to her time at Fordham, Professor Jaeger-Fine worked at Cardozo Law School, where she was Director of International Programs; at NYU, where she was Associate Director of the Global Law School Program; and at Crowell & Moring, where she worked primarily on commercial and administrative litigation, including practice before the U.S. Court of Appeals. Professor Jaeger-Fine has served as chair of the Section on Post-Graduate Legal Education, the Section on International Legal Exchange, and the Section on Legal Education for Foreign Lawyers of the Association of American Law Schools; is a founding member of the Board of Directors of Lawyers without Borders; and is the first American to serve on the Board of the German American Lawyers Association. She is a member of the New Law Institute of the Bar Association of the City of New York.

Professor Jaeger-Fine has written a number of articles and books on a wide range of topics, including Becoming a Lawyer: Discovering and Defining Your Professional Persona. Her book, An Introduction to the Anglo-American Legal System, has been translated into Italian, Korean, and Portuguese. She blogs at YourProfessionalPersona.com.

Professor Ribeiro is the partner in charge of the New York office of Mattos Filho Advogados, a full-service Brazilian law firm. Professor Ribeiro advises clients on complex antitrust matters. His expertise includes merger review cases, cartel investigations, and general antitrust counseling. He is the Vice-President of the Brazilian-American Chamber of Commerce and a member of the International Task Force of the American Bar Association – Antitrust Law Section. Professor Ribeiro is recognized as a leading antitrust lawyer by publications such as Chambers and Partners, Global Competition Review, Latin Lawyer, Who’s Who Legal, and Legal 500. At the age of 40, Global Competition Review elected him one of the top 40 antitrust lawyers in the world. Professor Ribeiro received a law degree in 1996 and a doctorate degree in 2004 from the Law School of the University of São Paulo. He also received an LL.M. degree (cum laude, Michael Treanor Award) from Fordham University School of Law in 2017. Professor Ribeiro has published a book and several articles on antitrust law. He speaks English, German and Portuguese.

Olivier Sylvain is Professor of Law at Fordham University. His research is in communications law and policy. His most recent popular writing, scholarship, and public speaking engagements are on liability under the Communications Decency Act and the social impacts of artificial intelligence. A few months ago, the John S. and James L. Knight Foundation awarded him a grant to support this work. He is a principal investigator, along with a team of telecommunications network engineers and social scientists, in an interdisciplinary National Science Foundation grant project that is prototyping a community-administered computing network in West Harlem.

Professor Sylvain teaches Legislation & Regulation, Administrative Law, Information Law, U.S. Data Protection Law & Privacy, and information law related courses. At Fordham, he also is the Director of the McGannon Center for Communications Research, the Academic Director of the Center for Law and Information Policy, and a research affiliate at the Center on Race, Law, and Justice. Before entering academia, Olivier was a Karpatkin Fellow in the National Legal Office of the American Civil Liberties Union in New York City and a litigation associate at Jenner & Block, LLC, in Washington, D.C. He is the Board President of the New York affiliate of the ACLU and sits on the Academic Advisory Board for the Open Markets Institute and the Advisory Committee for the Cyber Civil Rights Initiative. Before the COVID-19 outbreak, he taught a class on modern American literature for local incarcerated men.

Professor Sylvain holds a BA from Williams College, a JD from Georgetown University Law Center, and a PhD from Columbia University.

Professor Tomunen is a dual-qualified (New York, Finland) lawyer working at Sullivan & Worcester LLP. She advises blockchain and cryptocurrency companies and governments with legal and regulatory issues, most commonly those related to securities, commodities, and corporate law. She has unique experience and industry knowledge from working dedicatedly with several dozens of blockchain ventures and governments helping them to operate through regulatory uncertainty. In addition, Professor Tomunen teaches Blockchain, Cryptocurrencies and Digital Assets at Fordham University School of Law and Boston College Law School. Previously, she served as a judicial intern to the Honorable Denny Chin of the U.S. Court of Appeals for the Second Circuit. She has also worked as an international corporate tax lawyer at KPMG Oy Ab, Finland, and as a research assistant to former SEC Commissioner Robert J. Jackson, Jr. when he was a Professor at Columbia Law School. Mari graduated from Fordham University School of Law with magna cum laude, and served as a staff member on Fordham Journal of Corporate and Financial Law.