Fordham University’s Center on Religion and Culture is excited to announce its inaugural class of Duffy Fellows, each of whom will each receive a $4,000 grant to pursue scholarly research and develop creative projects during the 2020-21 academic year. The Duffy Fellows Program was made possible by a bequest from the late James Duffy, a longtime friend and supporter of the Center and Fordham University.

“Even as our world and our country, and institutions like Fordham, face immense challenges, it is critical that we continue to help our young people imagine and explore a new future,” said David Gibson, Director of the Center on Religion and Culture. “We are grateful to Jim Duffy for leaving this legacy and enabling Fordham’s CRC to launch this program.”

Michael C. McCarthy, S.J., Vice President for Mission Integration and Planning added: “It showed remarkable vision of Mr. Duffy’s to stimulate such creative thought and leadership among young people. Fordham is extremely grateful to him.”

The first class of Duffy Fellows includes three Fordham undergraduate students, an alumnus and current law school student, and a newly-minted 2020 Fordham graduate. They were drawn from a pool of applicants and selected based in part on the originality of their proposals and the plans they provided for completing their work. 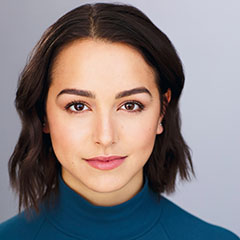 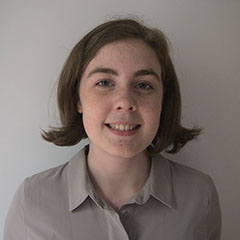 Anastasia McGrath (FCRH 2021) is an International Political Economy major and Mandarin Chinese minor from Brooklyn. Her Duffy Fellow project will examine how different Christian theological terms and concepts were translated into Mandarin Chinese from the original Latin and other European languages. Ultimately, McGrath’s research aims to shed light on the Church in China from a historical, cultural, and linguistic standpoint. She will present her findings in two lectures, one in Mandarin and one in English. 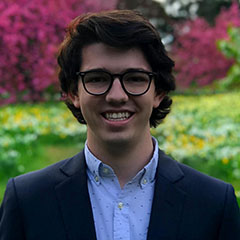 Carlos Orbegoso (FCRH 2021) is double-majoring in Theology and Economics. Born and raised in Lima, Peru he is pursuing research on the intersection between Latin American politics and religion. His focus is on the expanding number of Christian messianic sects involved in Latin American politics, specifically FREPAP in Peru. As a Duffy Fellow, Orbegoso will explore how the influence of twentieth-century American missionaries contributed to the rise of evangelical cults throughout Latin America and how such groups have gained a political voice. 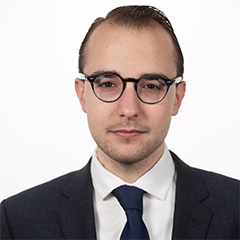 Nicholas D. Sawicki (FCRH 2016; LAW 2021) is an evening student at Fordham University School of Law. During the day, he serves as the special assistant to the president and editor in chief of America Media. Sawicki’s project will analyze the ways in which the Catholic Church has stood as a historic agent of change and the ways in which it can continue to serve as an accelerator of innovation in contemporary society. Sawicki will convene several events on these topics throughout the year and will conclude with a lecture based on his research. 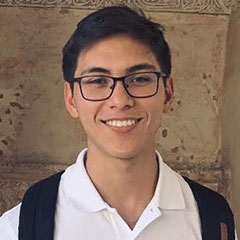 Philip Wines (FCRH 2022) is a student of Philosophy, Theology, Medieval History, and Spanish Language. His most recent publication, “To Each Their Own: The Classical Foundations of Distributive Justice,” will appear in the October 2020 issue of Dialogue, the journal of the International Honors Society for Philosophy, Phi Sigma Tau. Wines’s research as a Duffy Fellow will evaluate arguments from Christian traditions on the validity and desirability of virtualized sacrament and liturgy, a phenomenon that has become almost universal during the pandemic lockdown.

In the coming months, the Center hopes to showcase the interests and writings of the Duffy Fellows in its blog Sapientia, virtual conversations, and other programming.