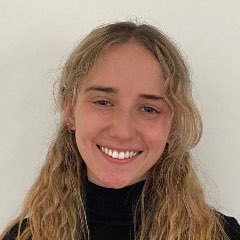 Bio: Emma Kelly is a senior studying integrative neuroscience, and she worked as a research assistant to the Autry Lab at Albert Einstein College of Medicine this past summer. Emma will be pursuing graduate study in neuropsychology at Teachers College, Columbia University beginning in the fall of 2021.

Title of Research: Hypothalamic circuit activity in response to social and nonsocial stimuli
Mentor: Dr. Alma Rodenas-Ruano
Abstract: The generation of animal behavior relies upon the functioning of complex neural circuits that encode both social and nonsocial stimuli. One region of the brain that houses this circuitry is the hypothalamus, which regulates social behaviors such as parenting as well as nonsocial homeostatic behaviors, including feeding and the stress response. The perifornical area (PeFA) is a hypothalamic region whose artificial activation has been shown to induce negative parental behaviors, including infanticide and neglect, in adult mice (Autry et al., 2019). However, it remains unclear what the natural function of this region is and whether it is involved in the processing of both social and nonsocial stimuli. To address this uncertainty, the present study utilized fiber photometry methods to measure the natural activation of the PeFA in an adult male mouse exposed to various social and nonsocial stimuli, including pups, food, and acute stressors. While insufficient evidence was obtained to provide conclusions regarding the relationship of PeFA activity to social stimuli such as pups, preliminary data reveals that increased activity of this brain region correlates with exposure to stress-inducing stimuli and stress-related behaviors. The novelty of this research necessitates that continued attempts be made to add to this data, though that which currently exists is suggestive of the potential of nonsocial stimuli such as stress to influence neural circuits that regulate social behaviors.