GSS Alumni in the News 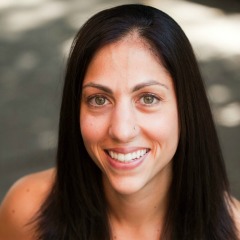 It’s An Inside Job: Yoga for Healing, Recovery, and Living

This is an interview with Melissa Jhunja who, as a social worker and avid volunteer, has always been drawn to service in a variety of ways. She became particularly interested in human rights and social policy as she went through a master’s program in social work, and wanted to find ways to serve those who often have their rights violated, or lack basic human rights. She heard about the Prison Yoga Project in 2012 and was immediately drawn to the idea of bringing a yoga practice into prisons as a means to heal, and to cope with the reality of life behind bars. She later began teaching veterans through Connected Warriors and later with Exhale to Inhale, which brings yoga to women survivors of domestic violence and sexual assault. 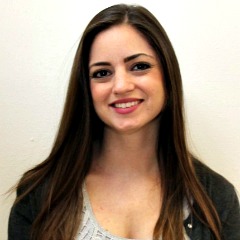 Ms. Sprague brings extensive clinical, supervisory and administrative experience in the mental health field, including work with children, teens and families. She joins the Y from High Focus Centers, a psychiatric partial hospitalization and intensive outpatient program in Cranford, where she supervised a 14-member team of clinicians and support staff in the adolescent services program.

“We are pleased to welcome Lisa to the Madison Area YMCA,” said Madison Area YMCA President and CEO Diane Mann. “We are fortunate to have Lisa’s experience and skills contributing to our Y goals of advocacy, outreach, and awareness-raising to help address mental health issues in our community.” 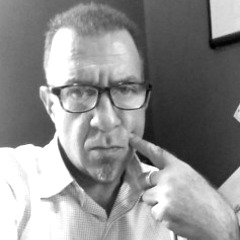 The degree from Fordham University says master’s in social work, but what Cliff LaMotta, 51, of Ridgefield, really is a master of changing careers.

LaMotta has transitioned from Wall Street trader on the Nasdaq counter to suburban luxury motorcycle dealer in Brookfield, and now, social worker at the Family and Children’s Aid-Child Guidance Center in Danbury.

The key is that there is a piece of each of those contained with his personality, he said. That’s how anyone facing career change must look at it.

“It’s not really changing your identity, it’s discovering what it is,” LaMotta said during a break from his therapy sessions. “You take what truly is you and don’t be afraid to put your mark on it. A lot of people don’t know what their strong point is. The key is knowing what your strengths are.”

It looks like the Queens Library is about to be run by the book. Respected former city Schools Chancellor and Deputy Mayor Dennis Walcott is poised to take over as CEO of the Queens Library, the Daily News has learned.

Walcott, who grew up in Queens, is expected to bring a steady hand to the busy system that was rocked by the free-spending ways of former CEO Thomas Galante. “We are confident that Dennis Walcott has exactly the right skills and depth of experience to lead the library through the challenging years ahead,” said Carl Koerner and Judith Bergtraum, who served on the Queens Library Board’s search committee.

Walcott was chosen after a six-month national search, officials said. 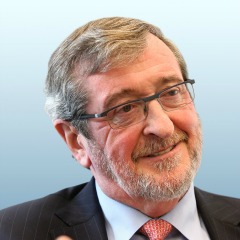 Michael J. Dowling: If It Can’t Be Done, You Haven’t Tried

Q: What was life like for you as a kid?

A: I grew up in Ireland in a very rural area. We had a small piece of property. It was an impoverished area, especially back in the ’50s and ’60s. Our home had mud walls, a thatch roof, three small rooms, and a mud floor. We had no electricity, no running water, no bathrooms, and no heat. There was a big open fireplace where my mother cooked everything. Most of the families around us were farmers, and I thought they were very wealthy when I was a kid. As I grew older, of course, I realized they were not that wealthy.