Beck Institute on Religion and Poverty

Beck Institute In the News 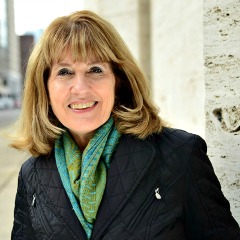 Fordham’s Beck Institute on Religion and Poverty has received funding to support a program that helps domestic violence survivors, veterans, and those who have been homeless or formerly incarcerated. The program builds on the success of a similar program for the homeless run by Catholic Charities since 1989.

The Trinity Foundation gave $100,000. Kathy (pictured) and Brian MacLean, both FCRH ’75, are contributing $170,000. The gifts will allow Fordham to continue community development with training and support for programs known as Coming Home, Living Well, and Homecoming, said Anita Lightburn, EdD, director of the Beck Institute and a professor in the Graduate School of Social Service (GSS). 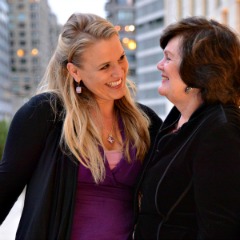 Kara Lightburn wasn’t shopping on Fifth Avenue this holiday season. “When it comes to the materialistic part of the holiday season, I can’t handle it,” she said. “I’ve changed.” Lightburn recently flew into New York from Haiti, where she is helping Dominicans of Haitian ancestry who have been pouring over the border into Haiti from the Dominican Republic. In 2013 the Dominican government ordered that the group must prove Dominican lineage with ancestral birth certificates dating from before 1929, or be expelled. An estimated 200,000 people may become stateless.

Lightburn said that the mere act of traveling home for the holidays has taken on a new meaning. “I see how restricted other people are in traveling,” she said. “The people there are dealing with the statelessness and no visas.” On returning to New York, Lightburn sat on a panel held at Fordham to discuss the crisis. Before the event, she checked in with colleagues from the Institute of International Humanitarian Affairs (IIHA), where she is pursuing her master’s degree, and then met with her mother, Anita Lightburn, Ph.D., a professor in the Graduate School of Social Service and director of the Beck Institute on Religion and Poverty.

Through Breaking Bread, Program Supports Those on the Fringe

Lightburn was recently awarded a $300,000 grant to help faith communities empower homeless populations reintegrating into society. Her research has shown that the Life Skill Empowerment Programs (LSEP) not only help the homeless, but also helps volunteers understand the brutal realities that spawn homelessness.