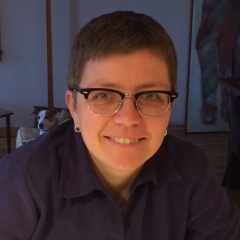 The Institute of Oriental Studies, University of Warsaw, Poland, M. A.

Magda Teter, Professor of History and the Shvidler Chair of Judaic Studies, is a scholar of early modern history, specializing in Jewish history, Jewish-Christian relations, cultural, legal, and social history, as well as the history of transmission of historical knowledge in the premodern and modern periods. Teter is a fellow of the American Academy for Jewish Research and the author of Jews and Heretics in Catholic Poland (Cambridge, 2005), Sinners on Trial (Harvard, 2011), Blood Libel: On the Trail of An Antisemitic Myth (Harvard, 2020) and two edited volumes, as well as numerous articles in English, Hebrew, Italian, and Polish. Teter’s work has been supported by the John Simon Guggenheim Memorial Foundation, the Harry Frank Guggenheim Foundation, the Memorial Foundation for Jewish Culture, YIVO Institute, and the Yad Ha-Nadiv Foundation (Israel), among others. She has been a Harry Starr Fellow in Jewish Studies at Harvard University, an Emeline Bigelow Conland Fellow at the Radcliffe Institute for Advanced Studies also at Harvard University, and the Mellon Foundation fellow at the Cullman Center for Scholars and Writers at the New York Public Library. In 2012-2016, she served as the co-editor of the AJS Review and in 2015-2017 as the Vice-President for Publications of the Association for Jewish Studies. And in 2020-2021, Teter is the NEH Senior Scholar at the Center for Jewish History.