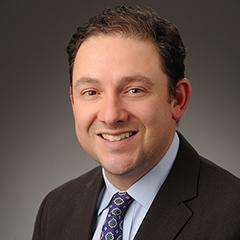 Jed Handelsman Shugerman is a Professor at Fordham Law School. He received his B.A., J.D., and Ph.D. (History) from Yale. His book, The People’s Courts (Harvard 2012), traces the rise of judicial elections, judicial review, and the influence of money and parties in American courts. It is based on his dissertation that won the 2009 ASLH’s Cromwell Prize. He is co-author of amicus briefs on the history of presidential power, the Emoluments Clauses, the Appointments Clause, the First Amendment rights of elected judges, and the due process problems of elected judges in death penalty cases.

He is currently working on two books on the history of executive power and prosecution in America. The first is tentatively titled “A Faithful President: The Founders v. the Unitary Executive,” questioning the textual and historical evidence for the theory of unchecked and unbalanced presidential power. This book draws on his articles “Vesting” (Stanford Law Review forthcoming Spring 2022), “Removal of Context” (Yale Journal of Law & the Humanities 2022), a co-authored “Faithful Execution and Article II” (Harvard Law Review 2019 with Fordham colleagues Andrew Kent and Ethan Leib), “The Indecisions of 1789” (forthcoming Penn. Law Review Fall 2022), and “The Creation of the Department of Justice,” (Stanford Law Review 2014). The second book project is “The Rise of the Prosecutor Politicians: Race, War, and Mass Incarceration,” focusing on California Governor Earl Warren, his presidential running mate Thomas Dewey, the Kennedys, World War II and the Cold War, the war on crime, the growth of prosecutorial power, and its emergence as a stepping stone to electoral power for ambitious politicians in the mid-twentieth century. He writes about law, history, politics, and sometimes sports on Shugerblog.com.