The Office of Government Relations and Urban Affairs (Government Relations) is responsible for addressing governmental policies, regulations, and procedures relevant to the University's programs, faculty, staff, and students. The office, through its varying subdivisions, is primarily responsible for influencing public policy decisions that have either a financial or a regulatory impact on Fordham University through the governmental budget processes, federal grants and contracts, state and local funding opportunities, and proposed legislation. Government Relations is responsible for facilitating, coordinating and maintaining all University interaction with federal, state and local government, including the federal, state or local executive branches and executive agencies; the Congress; the State Legislature; the New York City Council; the Westchester County Legislature; and any federal, state or local public or private entity whose primary responsibility is interacting with or influencing the federal, state or local government. In addition, the office works to develop and maintain a positive image for the University, and to strengthen the lines of communication by serving as a liaison between the University, neighborhood organizations, business groups, and the community at large.

The research and scholarship that take place at Fordham University reflect an important partnership with the federal government. From grants and loans for tuition assistance to federally sponsored research performed in university laboratories, the federal government makes a significant investment in research and education. It also plays an increasingly active role in enacting legislation and issuing regulations that affect almost every area of university administration.

Government Relations serves as a liaison between Fordham University and federal government officials, including members of Congress and their staffs and executive branch departments and agencies. Staff monitors federal legislative and regulatory actions and advise faculty, administrators, and students on developments. The office promotes and communicates the University’s position on policy issues, including those affecting academic research, student aid, graduate and professional education, taxation, and government regulation among others. Staff also facilitates meetings with federal officials and responds to inquiries and requests for assistance.

The office coordinates with others in the higher education community to maximize Fordham’s impact on federal legislation, regulations, and policies. In addition to working with peer institutions, Government Relations coordinates activities through a number of national higher education and research organizations, including the Association of Jesuit Colleges and Universities (AJCU), the National Association of Independent Colleges and Universities (NAICU) and the American Council on Education. 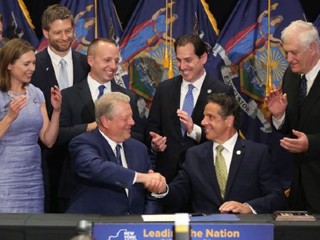 Fordham University is also involved in numerous state organizations. Fordham is a member of the New York Commission on Independent Colleges and Universities (CICU), with a seat on the Government Affairs Team, the CICU political advisory board; and is a founding member of the New York City Coalition of Independent Colleges and Universities (NYC-CICU), an informal group of twenty-four New York City-based colleges and universities which work collaboratively on issues that are of mutual interest. In addition, Government Relations is actively involved in spearheading the lobbying efforts of several academic associations, including the Higher Education Opportunity Program Professionals (HEOPPO) and the Association of Program Administrators of C-STEP and STEP Programs, Inc. (APACS). 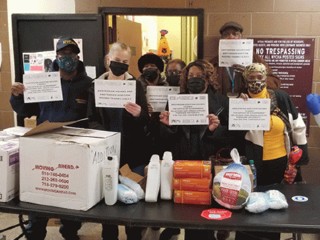 As a primary employer and through cultural activities, athletic events, and educational opportunities, Fordham contributes to the economic health and vibrant character of Bronx, Manhattan, and Westchester counties. Faculty, staff, and students are involved with community, business, and government organizations in a multitude of academic and public service partnerships that enhance the area’s quality of life.

Government Relations serves as the University’s liaison with its neighbors, including residents, businesses, and civic and neighborhood organizations, and with the local city government. The office organizes community forums and responds to inquiries and requests from individuals and neighborhood and community groups. The University strives to be a good neighbor and to contribute to the betterment of our community at large.