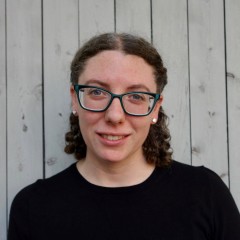 I am broadly interested in the social and economic history of the late medieval Mediterranean (c. 1150-1450), with a particular focus on Catalonia in the thirteenth and fourteenth centuries. Some of my previous research projects have focused on apprenticeship, artisanal labor and guild formation in medieval Catalonia, and on the unexpected commercial networks that brought Tuscan merchants from inland Italian hill-towns across the Mediterranean and into the inner Pyrenees. My broader interests include medieval economic development, inter-regional economic connectivity, artisanal production, notarial culture and new methods for using notarial sources, women’s economic activities, family structure and demography, and the use of quantitative/statistical methods and relational databases for historical inquiry.

I am currently pursuing research in a number of directions. Most significantly, my current book project examines the economic development and shifting economic connectivity of a medium-sized town in the Catalan Pyrenees, Puigcerdà, and its surrounding valley, Cerdanya, during a key period of economic transition (from 1260 to 1360), when the European economy broadly transitioned from prolonged growth to enduring recession. In the late thirteenth century the Cerdanian economy grew considerably as it became centered on the production of cloth for export, and Puigcerdà’s cloth came to be regularly exported into Catalonia, Aragon, Navarre, Castile and across the Mediterranean. But the region’s population and economy contracted considerably in the 1340s, after the fall of the independent Crown of Mallorca, of which it had been a part; it then entered an enduring economic and demographic decline as it found itself increasingly on the periphery of an ever more economically and politically centralized Crown of Aragon.

I am also examining the structures of economic activity and of rural and urban society in a number of other projects. My work relies primarily on the use of notarial registers. These are books of daily legal and economic acts (such as wills, marriages, labor contracts, sales, loans, etc.), which record the activities of common medieval men and women and offer unprecedented insight into their lives. I thus also research the spread of notarial culture in the medieval Mediterranean and seek to find new quantitative methods to unlock the potential of notarial sources. I am currently developing a method for how to estimate the size of medieval populations based on appearances within notarial sources which will offer new insight into medieval demographic trends prior to the advent of the first tax censuses in the late fourteenth century. I am also currently examining women’s representation and participation in medieval Catalan notarial acts and the extent to which this does and does not accurately represent their participation in the medieval Catalan economy.

My research has been supported by a Fulbright U.S. Student Grant to Spain, a Frederic C. Lane Dissertation Grant from the Medieval Academy of America, and a Lynn White Fellowship from the UCLA Center for Medieval and Renaissance Studies among other sources.