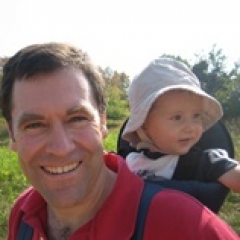 David Hamlin has written extensively on the development of consumer industries in Germany and the impact of consumer culture on Wilhelmine German society. His book, Work and Play: the production and consumption of toys in Germany 1870-1914, was published in 2007 by the University of Michigan Press’ series on Social History, Popular Culture and Politics in Germany. His articles have appeared in Social History, The Journal of Social History and Central European History. He has recently begun working on the construction of formal and informal empires in southeast Europe, particularly Romania. This project is envisioned to extend approximately from the Congress of Berlin through to the collapse of the Third Reich and to encompass economic and political links as well as explorations of how Germans discursively constructed ‘Romanians’.

Hamlin's teaching interests include lecture classes on Hitler’s Germany, Bismarck’s Germany, War and Imperialism and The West from the Enlightenment to the Present. Recent seminar classes have been The Third Reich and Nineteenth Century Europe.