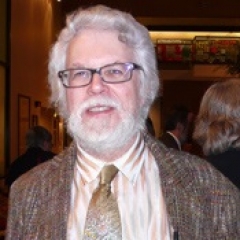 Dr. Marmé specializes in the socio-economic history of late imperial China, with special reference to the city of Suzhou. He was trained at the University of Toronto and University of California at Berkeley, whose Asian track was regarded as the most demanding in what was then rated the best Graduate Department of History in the country. As graduate student, he studied under three future presidents of the AHA (Frederic Wakeman, Jr., Natalie Zemon Davis, Lynn Hunt). The first of these was Chair of his dissertation committee (which also included G. William Skinner, President of the Association for Asian Studies 1983-1984). His monograph—Suzkou: Where the Goods of all the Provinces Converge (Stanford, 2005)—was recognized by the Urban History Association as co-winner for Best Book in Non-North American Urban History published in 2005-2006. (For reviews, see Choice, Études Chinoises, Journal of Asian Studies, Harvard Journal of Asiatic Studies, and China Review International). He has served as Chair/Co-Chair of the Columbia Seminar on Traditional China and has given papers there as well as at the annual conference of the World History Association and national and regional conferences of the Association for Asian Studies. He has published reviews or articles in the Harvard Journal of Asiatic Studies, Social History, and the American Historical Review. His work has also been translated into, and published in, Chinese.

He is currently working on the socio-economic history of Suzhou from late Ming to the late nineteenth century, a subject he sees as basic to understanding the commoditized but non-liberal order which has (re-)emerged in China in the last three decades.

HSLU-1000—THE WEST: FROM ENLIGHTENMENT TO PRESENT