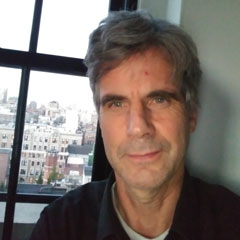 In Early Medieval Western Europe (ca. 550-1100), law did not exist.  To come into existence, legal experts and professional law schools were needed which did not appear until the 12th century.  My research interests revolve around these developments.  Which forces in society made law (as opposed to norms) obsolete first and then so indispensable?

I study in particular medieval church law which played a pioneering and leading role in defining law as a distinct category of norms, aimed at uniformity and internal coherence.  In my monograph on Huguccio, The Life, Works, and Thought of a Twelfth-Century Jurist (1994), I have investigated one of the earliest and foremost synthesizers of ecclesiastical jurisprudence.  Subsequently, questions of enforcement came into my view.  I explored them on the criminal side in a book on The Criminalization of Abortion: Its Origins in Medieval Law (2012), and from the perspective of civil jurisdictions, in Marriage Litigation in the Western Church, 1215-1517 (2021).

My scholarship is driven by a fascination with original documentation from the Middle Ages.  This is expressed in my editorial activities concerning, for example, the Repertorium Poenitentiariae Germanicum, which catalogues petitions for papal pardon by fifteenth-century Germans.  I co-produced volumes 3 (2001), 5 (2002), and 7 (2008).  More recently, I have teamed up with one of my fellow-historians at Fordham, Dr Nicholas Paul, to edit and translate (from the Latin) an account on the twelfth-century transfer of a holy relic from the Latin East to Western Europe, How the Holy Cross Came from Antioch to Brogne. It is scheduled to appear shortly with Boydell Press.

HIST 6136 Disease in the Middle Ages