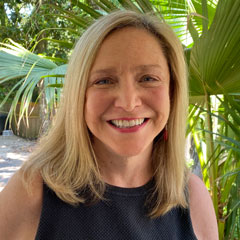 A former Director of Fordham University’s Institute for Latin American and Latinx Studies, Dr. Elizabeth Penry is a prize-winning historian of the colonial Andes and of Early Modern Spain. Her book, The People are King: The Making of an Indigenous Andean Politics (Oxford University Press, 2019), is a major revision of traditional ideas about the origins of social and political change and of the long-term impact of colonialism. It assesses how colonized people defined themselves and their political communities, and how micro-historical and ethno-historical methodologies can elaborate understandings of global history. The book offers a new interpretation of how Andeans wrestled with colonial domination to create their distinct politics, as well as an innovative analysis of the long-term impact of sixteenth-century resettlement policies, including a fresh reading of the late eighteenth-century rebellions. The research comes from over twenty archives and research libraries in Bolivia, Argentina, Peru, Spain and the United States, including town, regional, and national archives, as well as those of the church. It also draws on rich sources from art history, ethnography and archaeology to link archival materials to the concrete places, things, and people they reference.

Dr. Penry was awarded a Rome Prize for 2022-2023 to support her current research which focuses on literacy among indigenous Andeans and their use of reading and writing (in Spanish) to seek justice. In part, Andeans’ hybrid notions of rights were influenced by the world-wide Jesuit educational project that helped spread ideas about justice, grounded in natural law and Iberian ideals. Inspired by Renaissance humanism, Jesuits taught their students the ideals of civic duty. This appeal to the common good would combine with native Andeans’ well-known penchant for reciprocity to create new understandings of justice. As in her earlier work, Dr. Penry strives to deconstruct a master narrative that privileges a northern European liberal interpretation of history and ignores or marginalizes people or events who do not conform to that master narrative. In doing so, she seeks to demonstrate that the history of indigenous Andeans and their uptake and adaptation of Renaissance ideals is not adjacent to American or global history but instead constitutive of the broader European colonial project and modernity itself. Through the generous support of Fordham University, Dr. Penry conducted preliminary research in the Jesuits archives in Rome and the Argentine national archive in Buenos Aires. You can read more about her research in Rome here and in Buenos Aires here.

From 2010 to 2020, Dr. Penry was part of an interdisciplinary, international research team funded by the National Ethnography Museum of Osaka, Japan, that studied Spanish resettlement of indigenous people into reducciones (resettlement towns). Reducciones: La concentración forzada de las poblaciones indígenas en el virreinato del Perú, the first volume based on that research, was published in Lima, Peru in 2017. Dr. Penry’s article for that volume explored how indigenous Andeans adapted elements of Spanish policy (including the physical form for towns, and the institutions of town government and celebration of Catholic saints) to forge their own towns. A version of this article appears in The People Are King. In her article for the forthcoming second volume from the reducción project, Dr. Penry compares town foundation by plebeians in early modern Spain with the actions of native Andeans. For more on the reducción project, see “Rethinking Spanish Colonialism” and “Colonial Modernity in the Andes.” 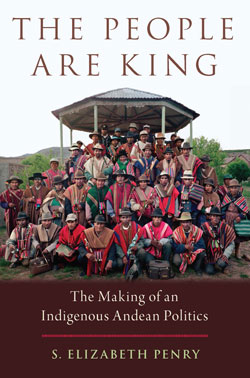 The People Are King: The Making of an Indigenous Andean Politics, Oxford University Press, 2019 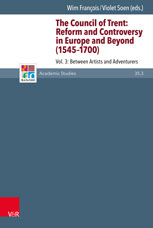 Canons of the Council of Trent in Arguments of Priests and Indians over Images, Chapels and Cofradías” in The Council of Trent: Reform and Controversy in Europe and Beyond, (1545-1700): Vol. 3 Between Artists and Adventurers, edited by Wim François and Violet Soen, 277-299. Vandenhoeck and Ruprecht, Göttingen, Germany, 2018.