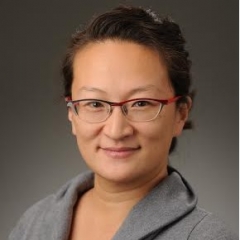 My research centers on questions of identity and aspirations of modernity, change and self-fulfillment in late 19th C to late 20th C China. The primary way that I have approached this is through the history of science, which I want to frame as a story of desire, identity formation, and values rather than just a story of development. In other words, I am interested in the complex (and often surprising) ways that interactions with "modern science" helped Chinese articulate what they wanted, how they saw themselves, who they wanted to be, and why. This was not just a process of self-exploration or self-actualization, but a constant negotiation between the socio-cultural and nature world, which speaks, not just to the Chinese experience, but to the malleability and resistances of the phenomenal world at a time when people are tempted to feel (or just act) invincible.

In this way, my research also extends into the history of religion and philosophy in modern China, and I pay special attention to how belief systems (scientism, Confucianism, Communism and everything in between) evolve as people try to grapple with new realities. For me, questions about science, belief, and identity also raise issues about historical trauma and the uses of adversity, and much of my work explores situations of "crisis" in which unexpected elements collide.

My first book addressed several of these elements through the lens of geology in modern China, and I am working on a project tentatively titled "Fueling Progress: Science, Technology and the Pursuit of Energy for Modern China", in which I take a very broad approach to the idea of energy.

As a side project that keeps on growing, I''m also interested in technologies of infant and child care, since the problems of identity, aspiration and nature that I'm focused on take on particular urgency for parents trying to shape future generations.

Harvard University: PhD in the History of Science, April 2007.