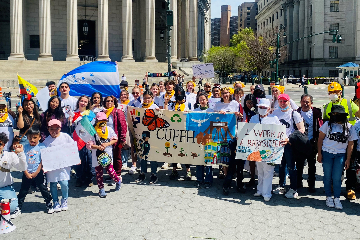 Sociology is the study of group life: its characteristic changes, causes and consequences. It combines scientific and humanistic perspectives in the study of urban and rural life, family patterns and relationships, social change, inter-group relations, social class, environment, culture, communications, health-seeking behavior, as well as social movements and community responses to disasters, natural and created.

Anthropology is the comprehensive study of the human condition, the origin of our species in evolutionary biology, and the development of culture and society in its many variations among ancient and contemporary peoples. Its subject matter encompasses an immense time depth and a vast spatial range, including the simplest human societies and the most complex modern industrial civilization. Anthropology brings together many areas of scientific and humanistic inquiry, unifying and integrating knowledge about people and their perceptions of the world.

The mission of the Sociology programs is to provide a learning environment that allows faculty and students to engage in the careful analysis and evaluation of social phenomena, informed by sociological traditions of thought. A course of study leading to a Bachelor’s degree in sociology will help students develop insights of a sociological perspective, provide them with opportunities to engage in research, analysis, and writing about human societies, and promote active citizenship. Our work is guided by the belief that a sociological perspective should promote awareness of the inequalities in society and the world (race, class, gender, religion, citizenship, sexuality) and that sociological knowledge can make a difference in the quality of others’ lives by contributing to the improvement of their communities, their nation, and the world.

The mission of the Anthropology program is to promote an understanding of human cultural, linguistic, and biological diversity from prehistory to the present. A Bachelor’s degree in anthropology will expand one’s horizons of knowledge about people and their cultural variations beyond the familiar and well into the past, giving insight into the wide range of social, political, economic, and religious behaviors, as well as adaptive capabilities that have characterized our species through time. Courses in anthropology let students explore new worlds, engage in research and writing about their own surroundings or the far corners of the collective human experience, recognize the evolutionary changes that have continuously transformed humankind, and cultivate a critical perspective on their own society in the context of a vast panorama of cultures, extant and extinct. Students will ultimately come to appreciate change and diversity in all its manifestations, advocate for peoples undergoing the culturally destructive pressures of poverty, development, and globalization, and examine their own role as citizens in a complex and increasingly trans-national global community.

The Department of Sociology and Anthropology was founded in 1949 by Joseph P. Fitzpatrick, SJ (1913-1995) who served as its first chairman until 1964. Having completed his degree at Harvard in 1948 where he won distinction for his dissertation, White Collar Worker on Wall Street, he first taught at the labor college, the Xavier Institute of Industrial Relations in New York City, before coming to Fordham to found the department.

Fitzpatrick brought to the department the distinguished anthropologist, J. Franklin Ewing, SJ (1884-1968), to direct the anthropology program. Ewing was also a scholar of evolution and was an important part of the circle of Fordham scholars in the early 1960s to study and advance the work of Teilhard de Chardin, SJ (1881-1955), paleontologist and geologist and author of many works, most notably, The Phenomenon of Man.

Under Fitzpatrick’s direction, the department became known as a center in New York City and the Bronx for the study of urban life, especially studies of the new post-War immigrants to the city. Fitzpatrick had studied with the prominent sociologist at Harvard, Oscar Handlin, author of The Uprooted. Fitzpatrick himself became identified with the Puerto Rican immigration and studied how this period of immigration differed from earlier ones (see his works Puerto Rican Americans, 1987; The Stranger is Our Own, 1997). As the department and its programs grew, it added specializations in the graduate programs of demography, criminology, and stratification.

Dr. Margaret Mead (December 16, 1901 – November 15, 1978) was an American cultural anthropologist who featured frequently as an author and speaker in the mass media during the 1960s and 1970s. [She earned her bachelor's degree at Barnard College in New York City and her MA and PhD degrees from Columbia University. Mead was a respected and often controversial academic who popularized the insights of anthropology in modern American and Western culture. Her reports detailing the attitudes towards sex in South Pacific and Southeast Asian traditional cultures influenced the 1960s sexual revolution.

Dr. Mead was named chairman of the Social Sciences department when Fordham College at Lincoln Center was built in 1969. She served as a consultant to the college by recruiting faculty and planning the program. Dr. Mead began her position as chair after retiring as curator of ethnology at the American Museum of Natural History. Prior to her position at Fordham, Dr. Mead had been president of the American Anthropological Association and was vice president of the New York Academy of Sciences. View the New York Times, March 1968 article.