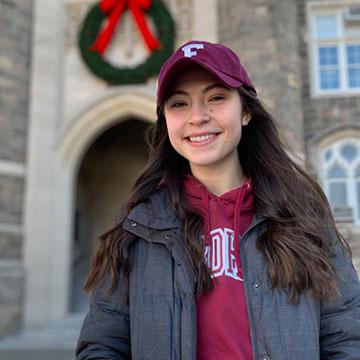 In Spring 2020, Grace Campagna ('20) both completed her undergraduate thesis as well as received an undergraduate research grant for a similar project entitled, "Daughters of the Merchant Taylors' Company." Grace's prosopographical project uses database software to trace familial relationships within the affluent merchant class of medieval London between 1450-1520. By tracing marriage patterns of the daughters of the Merchant Taylors' Company's members, Grace's project considered that daughters, unlike widows, were free to marry outside their fathers' guild as long as the potential spouse was also a member of the merchant class. The database contributes to the digital humanities field by providing a small-scale model for tracking various types of personal relationships when only quantitative material is available. 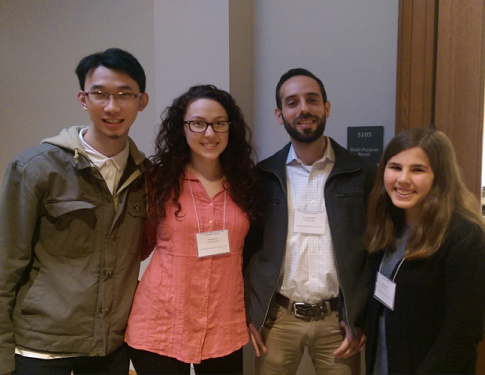 Ruisen has since begun a senior thesis considering military strategy on the Mongol Empire's dual war fronts (with Central Europe to the west and China to the east), and Emily recently began a Ph.D. in Medieval Studies at the University of Toronto.

At the 13th Annual Undergraduate Conference in Medieval and Early Modern Studies at Moravian College, Fiona Chen ('20) presented her paper, "The Life of Francis of Assisi As Portrayed in Early Biography." Fiona will begin a study abroad program at Trinity College, Dublin in Spring 2019. 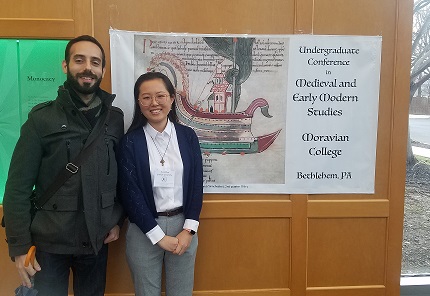 Dr. Albin and Fiona Chen at the 2018 MEMS Conference at Moravian College

Undergraduate students in Dr Kowaleski’s interdisciplinary capstone course on the archaeology and history of Medieval London have helped to create an exhibition of medieval objects in the Museum of London for a website called Medieval London, compiled with the help of the course TA in 2015, Esther Liberman Cuenca. In both the spring 2018 and spring 2018 semesters, they collected appropriate images and wrote short essays about such medieval objects as a church bell (by Suzanne Forlenza), a floor tile (by Joe O’brien), a bone pen (by Selin Berberoglu), and a loomweight (by Marisa Bohm). The coursework included learning how to work with a digital platform called Omeka.

The spring 2015 version of the Medieval London course was taught at Fordham’s London Centre, so the students were also able to do another online report on a medieval site—which they were required to visit and photograph as it looks today. Dr Kowaleski and Ms Cuenca have written an article about using Omeka that highlights this assignment and the research of some of the undergraduate students, which was published in The Digital Medievalist.