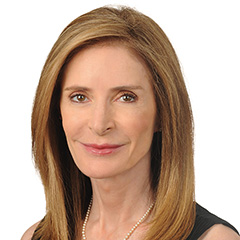 At Fordham Law School, Professor Denno's Neuroscience and Law Center provides evidence-based information to academics, lawyers, and the public about relevant advances in neuroscience to foster scholarship and the use of neuroscience in legal circles. Professor Denno also teaches criminal law, criminal procedure, and seminars on topics such as law and neuroscience. She has visited on the faculties of Columbia Law School and Vanderbilt Law School.  She has also been a Visiting Professor of Public and International Affairs at Princeton University, a Visiting Senior Fellow at the School of Advanced Study at the University of London, and a British Academy Visiting Professor at the London School of Economics. In addition, Professor Denno serves as an Advisor to the American Law Institute's Revision of the Model Penal Code's Sexual Assault and Related Offenses Project. In 2016, the Fordham Student Bar Association named Professor Denno Teacher of the Year.

Professor Denno's scholarship has been widely influential. She has conducted pioneering research on topics such as executions methods, rape law, gender differences, drug offenses, jury decision-making, and the impact of lead poisoning, as well as on criminal law defenses pertaining to insanity, postpartum psychosis, and consciousness. She is often quoted in the media and has appeared on numerous television news reports and documentaries.  Professor Denno's impact has also carried over to United States Supreme Court cases.

The Supreme Court has cited seven of Professor Denno's articles.  Some articles have been cited multiple times and in different cases, and one article has been cited in three different cases. The Court has also cited four of her articles within the last five years (2015-20). In Arthur v. Dunn, 137 S. Ct. 725 (2017) and in Glossip v. Gross, 135 S. Ct. 2726 (2015), Justice Sotomayor's dissent cited two different articles by Professor Denno. Likewise, in the Supreme Court's first execution methods decision, Baze v. Rees, 553 U.S. 35 (2008), Chief Justice Roberts's plurality opinion and the concurring opinions of Justices Alito, Stevens, and Breyer together cited four different articles by Professor Denno. Chief Justice Roberts cited a sixth article by Professor Denno—Testing Penry and its Progeny—in two separate opinions in 2007. The Testing Penry article is based on an innovative longitudinal study in which Professor Denno empirically analyzed hundreds of biosocial factors that correlated with an increased likelihood of violent crime among 1,000 youths. Most recently, two of Professor Denno's articles were cited in Bucklew v. Precythe, 139 S. Ct. 112 (2019), one by the majority (Justice Gorsuch) and the other by the dissent (Justice Sotomayor).

In 2013, the National Association of Criminal Defense Lawyers' chose Professor Denno's  article, Courts' Increasing Consideration of Behavioral Genetics Evidence in Criminal Cases: Results of a Longitudinal Study, for its Getting Scholarship into Court Project's "must read" list. In 2007, the National Law Journal selected Professor Denno as one of its "Fifty Most Influential Women Lawyers in America," describing the award-winners as "not just the most influential women lawyers, but some of the most influential lawyers, period." That same year, she was named Fordham University's Top Newsmaker of the Year (2006–2007).  She has also been a member of the United States Sentencing Commission's Drugs/Violence Task Force.

Professor Denno has engaged in a wide range of quantitative criminological research throughout her career. For nearly a decade, she directed one of the country's most extensive longitudinal studies of biological and sociological predictors of crime in her capacity as Senior Research Associate at the University of Pennsylvania's Sellin Center for Studies in Criminology and Criminal Law. Professor Denno detailed the results of this study in her book, Biology and Violence: From Birth to Adulthood (1990). She was also a co-editor of, and contributor to, the Encyclopedia of Crime and Justice (2nd ed. Macmillan, 2002).

Professor Denno has been cited in leading medical journals and has maintained a career-long focus on the intersection of law and science. She frequently testifies and writes affidavits based on her findings, such as her groundbreaking discovery of the link between lead poisoning and criminal behavior as well as challenges to the methods by which lethal injection procedures are created and conducted. Before coming to Fordham Law School, Professor Denno contributed, as a research associate and consultant, to a nationwide study of plea bargaining at the Georgetown University Law Center.  She was also a consultant to the New Jersey Office of the Public Defender's study on disparities in the application of the death penalty.

Currently, Professor Denno is examining the use of neuroscientific evidence in criminal cases over two decades.  She is expanding this research so that she may analyze these developments over the last century, from 1900 to 2020