Jane Gilbert (Medieval Fellow, 2021-22) is Professor of Medieval Literature and Critical Theory at University College London, and works on medieval French and English literature. Her publications include Medieval French Literary Culture Abroad (Oxford: Oxford University Press, 2020), co-authored with Simon Gaunt and William Burgwinkle. During her Fellowship she will be working on two articles relating to her current research project, which is on literary form in translation: one on the aggressive sonic effects of linguistic and formal code-switching, the other on the use of brackets in medieval verse manuscripts (‘poetic braces’).

Jennifer C. Edwards (Medieval Fellow, 2020-2021) is a Professor of Ancient and Medieval History at Manhattan College. As a fellow, Dr. Edwards will be pursuing work on her second book project, Holy Healing: Saints and Leprosy in the Middle Ages, which will examine saints' treatment of leprosy in Medieval Europe. This project expands upon her examination of religious communities in her first book, Superior Women: Medieval Female Authority in Poitiers' Abbey of Sainte-Croix (Oxford, 2019), which was a co-runner up for the Society for Feminist Scholarship 2020 Book Prize.

William Edwards (Visiting Fellow, 2019-2020) is currently completing a Ph.D. in History at the State University of New York at Stony Brook. His work, which he recently presented at the inter-University Doctoral Consortium, is concerned with the writing of pilgrim guides to Jerusalem in medieval Europe.

Ms. Gabriela A. Faundez Rojas (Visiting Fellow, 2019-2020) is currently completing her Ph.D. in History at the University of Miami, under the supervision of Professor Hugh Thomas. Her dissertation, entitled "Conquest and Hagiography: Rewriting Saints after the Norman Conquest" concerns Anglo-Norman hagiography and politics.

Dr. Sian Ricketts (Medieval Fellow, 2019-2020) received the Doctor of Musical Arts in Historical Performance from Case Western Reserve University in 2015 and has studied to a high level of proficiency in the performance of numerous historical instruments. In addition to teaching and making presentations at high schools and colleges in the metropolitan area, Dr. Ricketts is a founding member of the early music performance troupe Alkemie, and performed at a major event at Fordham in Spring 2019. Dr. Ricketts will be coming to Fordham in 2019-2020 as part of a team with Dr. Tracey Cowart to lead the Collegium Musicum Fordhamense and teach classes.

Dr. Tracey Cowart (Medieval Fellow, 2019-2020) received her Doctorate in Musical Arts in Historical Performance from Case Western Reserve University in 2014 and has performed several significant research recitals. As a founding member of the early music ensemble Alkemie she has participated in dozens of performances, including the event at Fordham in Spring 2019. Like Dr. Ricketts, Dr. Cowart will be teaching and leading the Collegium Musicum Fordhamense, and will use her fellowship as an opportunity both to pursue her own research and also to ground her performances in a larger context.

Jay Diehl (2018-2019) received his Ph.D. at NYU and is currently associate professor of History at Long Island University. Among his other publications, he recently edited a collection of essays on the history of medieval Liège. As a Fellow, Dr. Diehl will pursue his research into monastic learning in twelfth-century Liège.

Maria Dumas (2018-2019) comes to us as a Fulbright Fellow from Argentina. She holds a Ph.D. in Literature from the University of Buenos Aires, where her dissertation was entitled "Space, Genre, and Representation: the Idea of the City in Anglo-Norman Narrative (12th-13th centuries)." She has recently published articles about idleness, on the idea of the author, and about childhood and the city.

Nicola McDonald (2018-2019) is Senior Lecturer in the Department of English and Related Literatures at the University of York, UK. Her research concerns what she calls "the cultural audacity of popular romance" and also relates to medieval women's writing and immigrants and immigration in later medieval England. She recently co-edited Resident Aliens in Later Medieval England (2017).

Jesse Abelman (2018-2019) is currently finishing his doctorate at Yeshiva University. The focus of his research is medieval Jewish law and his dissertation considers violence and conflict resolution within Europe Jewish communities, but also compares the function of law in Jewish courts with similar cases in the courts of Christian Europe.

Erik Claeson (2018-2019) is a doctoral student in Practical Theology at Lund University in Sweden. His research concerns medieval sermons on saints from the Swedish Abbey of Vadstena, founded by St. Birgitta of Sweden in 1384, and he focuses on 80 sermons written in Latin for the feast days of St. Birgitta, St. Erik, and St. Botolph composed around 1380-1510.

2018 (Spring, Visiting Fellow) Deborah Gail Shulevitz (Ph.D., Columbia University)
Project: "Heresy, Money, and Society in Southern France, 1175-1325"
During her time as a Medieval Fellow at Fordham, Dr. Shulevitz will be following up on her dissertation project in several ways. Deborah is working on an article addressing the historiographical debate among medieval historians over the nature and existence of the Cathar heresy in Languedoc. She has also begun preliminary research for a project examining the use of mortgage contracts in twelfth and thirteenth-century Languedoc. In addition, she is working on revisions to her dissertation in preparation for submitting a book proposal.

2018 (Spring, Visiting Fellow) Simon Parsons (Ph.D. Royal Holloway, University of London)
Project: "The Old French Siege of Antioch: Preparing a Full Online Edition and Translation of the Siège d'Antioche"
Dr. Simon Thomas Parsons is an early-career researcher working on the literary culture of the early crusading movement, Anglo-Norman involvement in the crusades, medieval letter-writing, and the chansons de geste. He has taught at Royal Holloway, University of London and King's College London, and, during his time at Fordham's Center for Medieval Studies, will be working on an international collaborative project to edit the Old French Siege d'Antioche, the only major unpublished-in-full medieval narrative of the First Crusade, in an accessible online form. He will also be carrying out additional research for his planned monograph: The First Crusade: Text and Tradition.

Catherine M. A. McCauliff is a Professor of Law at Seton Hall University and will spend the Spring 2017 semester as a Visiting Fellow at the Center for Medieval Studies. Dr. McCauliff has published widely on several aspects of medieval law, including marriage, adoption, substantive property, and contractual law. During her stay at Fordham, Dr. McCauliff will prepare an edition of the Bedford Eyre, 3-4 Edward III (1330-1331) for publication with the Seldon Society. Dr. McCauliff has received several academic honors, including serving as a Visiting Fellow in the Department of Politics at Princeton University. 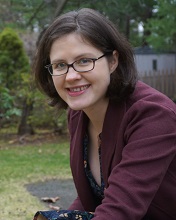 Lydia Yaitsky Kertz is a researcher whose work focuses on forms of visual narrative in medieval literature and material culture. During the Spring 2017 semester, Dr. Kertz will undertake a book project entitled The Social Politics of Luxury: Commodification and Experience of Medieval Romance. This work asserts that as a feature of both its internal worlds and physical media, luxury provides a bridge between visual and textual registers of romance narrative. Dr. Kertz received her Ph.D. from the University of Pennsylvania in September 2016. 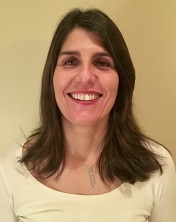 Melanie Hanan will be a Visiting Fellow at the Center for Medieval Studies for the Spring 2017 semester. Dr. Hanan currently teaches Art History at Stern College for Women at Yeshiva University. Dr. Hanan's work focuses primarily on Romanesque metalwork, especially reliquaries in relation to medieval liturgy. During her time at Fordham, she will be working on her monograph entitled House of God on the Altar. In particular, she will explore the topic of casket reliquaries, demonstrating how these containers evolved to become important liturgical props during specific types of worship. Dr. Hanan received her Ph.D. from the Institute of Fine Arts at NYU in May 2013.

John P. McCaskey has been the university's Medieval Fellow for 2016-17. A graduate of Stanford University, McCaskey has taught there, at Brown University, and at Columbia University and is the editor and translator of Jacopo Zabarella's On Methods and On Regressus for Harvard University Press's I Tatti Renaissance Library. For several years he has been researching, writing, and speaking about the history of philosophical induction. On December 6, he introduced this research to the Fordham community in a talk, "Inductio: The Medieval Transmission and Humanist Solution to the 'Scandal of Philosophy.'" He is using his time in the Center for Medieval Studies to complete a book on his findings. His main discovery is that a conception of induction that flourished in the ancient world and that was rediscovered by humanists in the fifteen century appears to avoid many of the problems of induction that philosophers of recent centuries have struggled with. Over the years McCaskey has also been a contributor to the Text Encoding Initiative (TEI) and while at the Center he has been a resource for some digital humanities projects at Fordham.

2015 (Fall) Uri Zvi Shachar
Assistant Professor in the Department of History, Ben-Gurion University (Israel)
Project: Study of the nature of interreligious encounters in the late medieval Near East from the vantage point of the polemical literature that the various communities produced.

2009-2010 Michael Staunton
Lecturer in History, University College, Dublin
Politics and Sanctity in the History and Hagiography of Twelfth-Century England

2014 (Sept-Dec) Nicola Bergamo
PhD student in Historie et Civilization at EHESS of Paris
Project: Games in Byzantium from the VI to XII Century

2012 (Mar.-May) Sarah Rees Jones
Senior Lecturer in History, University of York
Project: Utopia, A Gift from the Middle Ages to the Future

2009 (Spring): Enrica Guerra
PhD Medieval History, University of Ferrara
Project: Ippolito I of Este: A Cardinal in the European Courts

Spring 2008: Catherine Schulze
PhD Medieval Studies, University of Toronto
Project: Expulsion and Reform at the Abbey of Saint-Jean of Laon, 1128

2006-2007: Caroline A. Smith
PhD History, Cambridge
Project: John of Joinville in Old Age: The Values and Consequences of Longevity

1999-2000: Nina Melechen
Visiting Assistant Professor of History, Yeshiva College/Stern College for Women
Project: The Jews of Medieval Toledo: Their Economic and Social Contacts with Christians from 1150 to 1391

1998-1999: Vanessa Harding
Senior Lecturer in History, Birkbeck College, University of London
Project: The Dead and the Living in Paris and London, 1500-1670

1996-1997: Stephen Partridge
Assistant Professor of English, University of British Columbia
Project: Edition of the manuscript glosses of The Canterbury Tales