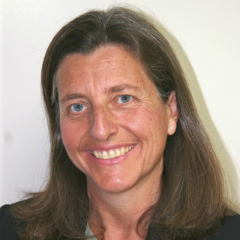 Ms. Costantino is an attorney, law professor, mediator, facilitator and conflict management systems designer. She is currently Counsel at the Federal Deposit Insurance Corporation (FDIC) where she handles dispute resolution and litigation matters, and teaches Advanced Negotiation and Mediation Advocacy to attorneys.  She is an adjunct professor at Georgetown University Law School (she received the Distinguished Adjunct Faculty Award at both Georgetown and George Washington Law Schools), as well as Fordham Law School and Vermont Law School.  She has also taught at Columbia University Teachers’ College, George Washington University School of Medicine and Public Health, George Mason University Institute for Conflict Analysis and Resolution, the Strauss Institute at Pepperdine University School of Law and has lectured at Harvard Business School, Harvard Law School and the Federal Executive Institute. She frequently speaks at conferences and seminars, both in the United States and abroad.

Ms. Costantino co-authored Designing Conflict Management Systems: A Guide to Creating Productive and Healthy Organizations (Jossey-Bass, 1996), which received the Best Applied Book Award from the International Association for Conflict Management, and has published numerous articles, including in the Harvard Business Review, the Harvard Negotiation Law Journal, the Negotiation Journal and the Fordham Urban Law Journal. Her most recent article in the July 2015 issue of the Harvard Negotiation Journal is “What Dispute Systems Design Can Learn from Project Management.”

Ms. Costantino has worked with stakeholders in the international arena: she has been a consultant to the United Nations, as well as the Royal Canadian Mounted Police, and has also worked with clients in Uganda, New Zealand, Singapore and Great Britain. Ms. Costantino was also the sole U.S. delegate to the United Nations Tripartite Commission on the Social Effects of Structural Change in the Banking Industry in Geneva and was elected Chairperson by 45 representatives from 32 nations. She also presented at a Dispute Systems Design Symposium in The Netherlands, as well as at the United Nations Conference on Trade and Development (UNCTAD) on International Investment and Alternative Dispute Resolution.

On the domestic front, Ms. Costantino has worked with multiple stakeholder groups, including with federal, state and local government agencies, as well as in the dispute resolution and education arena with Montgomery County Public School Systems.

Prior to joining the FDIC, Ms. Costantino was Deputy Assistant General Counsel of Litigation at the Federal Home Loan Bank Board/Federal Savings and Loan Insurance Corporation, and a litigation associate with Steptoe and Johnson in Washington. Ms. Costantino received her J.D. from the University of California at Berkeley (Boalt Hall). She holds an M.S.W. and a B.A. in Social Work from the Catholic University of America.