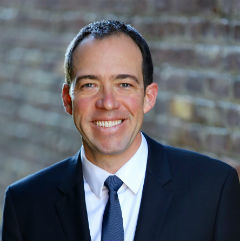 Dr. Michael Peppard is a scholar and teacher whose primary work brings to light the meanings of the New Testament and other Christian materials in their social, political, artistic, and ritual contexts. A professor of theology at Fordham University, he received his Ph.D. in Religious Studies from Yale University, with prior degrees from Yale Divinity School, its Institute of Sacred Music, and the University of Notre Dame. He frequently offers commentary on current events at the nexus of religion, politics, and culture for venues such as Commonweal, where he is a frequent contributor, as well as The New York Times, The Washington Post, CNN, and PBS.

His first book, The Son of God in the Roman World: Divine Sonship in Its Social and Political Context (Oxford, 2011), was a recipient of the Manfred Lautenschläger Award for Theological Promise, sponsored by the University of Heidelberg. His second book, The World’s Oldest Church: Bible, Art, and Ritual at Dura-Europos, Syria (Yale, 2016), offers a theological and liturgical reinterpretation of the artistic remains of the oldest securely datable church building, from mid-third-century Syria. It was featured in The New York Times Sunday Review upon its release and subsequently in other major media, such as a CBS special on religion, art, and cultural heritage. His scholarly articles have appeared in over a dozen journals, including flagship publications for biblical studies, early Christian studies, liturgical studies, Jewish-Christian relations, and Catholic theology. One of these received the Eusebius Prize from The Journal of Ecclesiastical History, and another won the 2014 Catherine Mowry LaCugna “best article” award from the Catholic Theological Society of America.

Dr. Peppard’s regular course topics include the New Testament, early Christianity, art and ritual, religion and politics, and the languages of Greek and Coptic. As a break from studying the past, Dr. Peppard participates in campus conversations about religion in public life, in part through his affiliation with the Curran Center for American Catholic Studies. He hails originally from Colorado and lives in New York.

The Son of God in the Roman World: Divine Sonship in Its Social and Political Context. New York: Oxford University Press, 2011. Paperback, 2012.

“The Photisterion in Late Antiquity: Reconsidering Terminology for Sites and Rites of Initiation.” The Journal of Ecclesiastical History 71 (2020): 463–83.