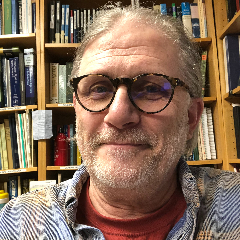 Algal Biodiversity, Ecosystem Function and Bioassessment in Streams and Rivers

We are conducting an ecoregion survey of freshwater algae across New York State. Our aims are to catalog the New York algal diversity, assess the influence of ecological conditions that favor or threaten biodiversity, and establish a GIS database to identify geographic and ecological trends. With these data we aim to examine how algal diversity affects ecosystem services, such as primary productivity, CO2 absorption, decomposition, and nutrient cycling in streams.

Ecological Stoichiometry and Nutritional Ecology of Benthic Algae in Streams

We have been questioning the current paradigm that allochthonous matter –terrestrial and detrital carbon sources – is of primary importance to stream consumers. We are investigating quantitative and qualitative differences between terrestrial (e.g. forest leaves) and aquatic (algae and bryophytes) food sources. Algae offer significantly greater P (lower C:P ratios) and N (lower C:N ratios) than detritus sources, and have substantially richer supply of essential fatty acids required by invertebrate consumers. Current work is focusing on both benthic and transported matter and the relative importance of aquatic and detrital matter in these fractions.

Dynamics and Role of Phytoplankton Communities in Large Rivers

Research on phytoplankton in large rivers has had a long history, yet their importance in these enormous ecosystems is still not well known or appreciated. Our work began with longitudinal studies on a geologically restricted, 360 km long region of the Ohio River, and examined the effects of navigation (“low-head”) dams, tributaries and littoral zones on the abundance and species composition of phytoplankton. We have begun collaborating with scientists at the US Geological Survey in La Crosse, Wisconsin to examine factors affecting phytoplankton production in the upper Mississippi River, using a 10-year sample program coupled with data on discharge, nutrient conditions, backwaters, and other landscape variables.

The Phaeophyceae is a large and diverse class of algae, but less than one percent of the species occur in freshwater environments. We are investigating the genetic relationships among these taxa using 18S rDNA SSU and rbcL information. We are currently examining the origin and speciation of freshwater browns, and their likely invasion from marine environments. Some species have clear (recent and ancient) origins in marine environments, yet little is known of the rate of their invasions and ecological or genetic adaptations. Others have no close marine relatives. A combination of biogeographic and molecular studies seems the likely approach to these questions.

Copies are available for articles indicated by the links.

Feel free to contact me (wehr@fordham.edu) if you have any questions about our work.