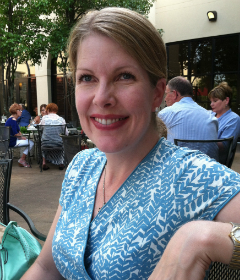 Research and Teaching Interests: Geoffrey Chaucer; crusade and pilgrimage; English historiography; medieval drama and middle English literatures with a particular focus on travel narrative and constructions of nation and memory in medieval texts

Suzanne M. Yeager is a Professor of English and Medieval Studies at Fordham University, and was educated at Oxford University and the University of Toronto Centre for Medieval Studies. Her research focuses on social identity and community formation, including constructions of race and memory in medieval literature and history. Her teaching interests explore a range of topics from Chaucer to Mandeville, as well as interactions between medieval East and West, crusade poetry, romance and chronicle, and pilgrim culture. Dr. Yeager’s monograph, Jerusalem in Medieval Narrative (Cambridge, 2008), examines fourteenth-century literatures of medieval England which strengthened that region's associations with Jerusalem, creating an authoritative presence during the Hundred Years War. The volume which she co-edited, Remembering the Crusades: Myth, Image and Identity, examines memorial theories of writing and their influence on crusade narratives and the societies that produced them. Dr. Yeager has published articles on Chaucerian texts, depictions of Romans in 14th century England, scriptural exegesis, medieval travel, and affective literature. She is currently at work on a new project exploring performance and pilgrim travel in medieval texts.