About the Visual Arts Department 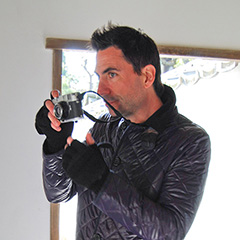 Stephan Apicella-Hitchcock was born in New York City and received his B.A. from Hampshire College and M.F.A from Rhode Island School of Design. He divides his time between teaching in New York, Rome, and Tokyo.

He has lectured about his work at the Whitney Museum of American Art, Arts Initiative Tokyo, and Harvard University and was a resident artist in the Lower Manhattan Cultural Council’s WorldViews studio residency program at the World Trade Center. Exhibitions of his projects have taken place in Austria, The Kingdom of Bahrain, China, France, Germany, Japan, Jordan, Norway, Spain, Switzerland, Syria and the United States.

Professor McLaren graduated with honors from Canada’s Ontario College of Art (OCA). McLaren has taught film and video courses at Cooper Union, Pratt Institute and at Fordham University. He has lectured extensively throughout North America, Europe and Asia and has conducted courses on film and video in Italy with Fordham University and Pratt Institute.

For over 30 years, Mr. McLaren has worked as a filmmaker, scholar, teacher, curator, critic, and community organizer. He founded and was first director of the Funnel Film Centre in Toronto, an institution devoted to the production, exhibition, and distribution of film. Images Festival, in Toronto, has recently published “An Interview with Ross McLaren” in conjunction with their 25th anniversary.

A recipient of such prestigious grants as Canada and Ontario Arts Council awards, McLaren has shown his works worldwide. His films screened at MoMA, Anthology Film Archives, the Menil Collection, the National Film Theatre in London, the Centre Georges Pompidou, the Biennale du Paris, Documenta VI, Jyväskylä University in Finland, Exis Experimental Film & Video Festival in Seoul, South Korea, and Experimenta Film in Bangalore, India. His work, which was presented in such esteemed venues as the Edinburgh, Toronto, and Oberhausen Film Festivals, is found in several permanent collections, including that of the American Federation of Arts, New York; the Arts Council of Great Britain; the Art Gallery of Ontario, Toronto; Ottawa’s National Film Archives; and the National Gallery of Canada. 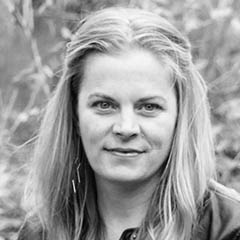 Casey Ruble teaches painting and drawing at Fordham College, Lincoln Center. In her studio practice, she works primarily in paper collage, depicting sites that have a loaded history but appear unremarkable today. She is represented by Foley Gallery in New York and has received fellowships from the Smithsonian Museum, the New Jersey Council on the Arts, and the New Jersey Council for the Humanities. 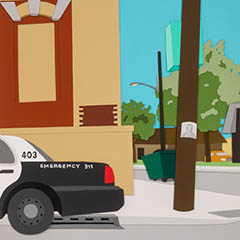 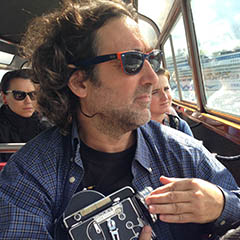 Mark Street has been making films, videos and installations for 30 years. His work has moved from tactile, abstract explorations of 16mm film to essays on the urban experience to improvised feature length narratives. He has shown at places like the Museum of Modern Art in New York and the Fundacion de Arte Contemporaneo in Montevideo, Uruguay. 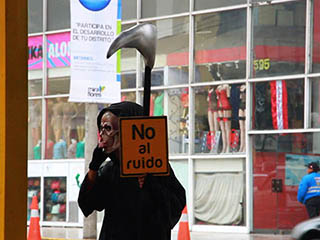