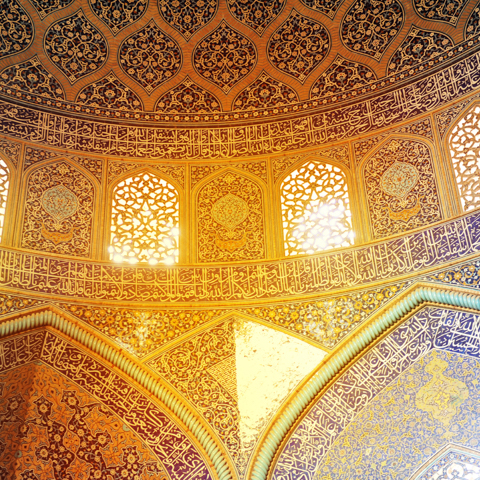 Few parts of our world are more in the news—or vital to U.S. interests—than the Middle East. As a Middle East studies major at Fordham, you’ll become well versed in the complexities and intricacies of Middle Eastern and North African culture, history, religion, civilization, economics, and politics. We train and equip you to step into challenging positions related to Middle East affairs.

We’re one of the few schools in the U.S. to offer an interdisciplinary undergraduate major in Middle Eastern studies. You’ll begin with language training in modern standard Arabic—a distinctive asset. You’ll then explore the cultures of the Middle East and North Africa from ancient to modern times, from Morocco in the west to Afghanistan in the east, and from Turkey in the north to Somalia in the south.

You’ll take courses in history, anthropology, political science, art history, economics, religion, philosophy, and literature. The Middle East will come alive with meaning—and you will graduate ready for a career or advanced study in the field.

We connect you with internships at leading organizations to gain practical experience, including:

We offer many activities throughout the year, including lecture series, annual conferences, and social events.

Immerse yourself in the Middle East through our study abroad programs at collaborating universities:

You can find many other opportunities through Fordham’s International and Study Abroad Program.

You graduate with a degree in Middle East studies well-versed in the complexities and intricacies of Middle Eastern and North African culture. Among those who will be eager to recruit you:

Our career services tap Fordham’s ties with more than 2,600 companies. We offer:

You also get access to our powerful (and Fordham-loyal) network of alumni, who want to see you succeed as they have.