Blaze your own path to Spanish fluency at Fordham. 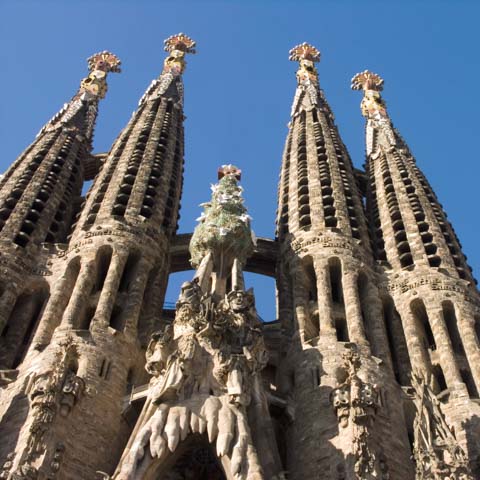 Self-directed? Ambitious? A lover of Hispanic books, films, and cultures? If you want to blaze your own path to fluency in Spanish language and culture, the Spanish area studies major at Fordham might be right for you.

It’s a highly individualized, interdisciplinary course of study based in the Department of Modern Languages and Literatures. With the help of a faculty advisor, you’ll craft a rigorous course of study that fits your passions and ambitions. Most of your classes will be in Spanish. You’ll study a broad range of topics, including art history, anthropology, political science, and visual arts.

In the process, you’ll become fluent in Spanish, refine your analytical skills, and acquire a critical understanding of Hispanic literary and cultural tradition over the centuries.

As a Spanish area studies major, you take 10 required courses. It’s an individualized, interdisciplinary major, so tailor a track to fit your interests. Some of the tracks our students have created:

All literature courses are taught in Spanish, and you will be required to speak in Spanish in class discussions and oral presentations.

We have two Language Learning Centers for solo studying or collaboration with classmates:

We offer weekly tutoring in Spanish on both campuses.

We highly encourage you to spend a summer, semester, or year abroad.

We have two programs in Spain:

Find many other ways to immerse yourself in Hispanic culture around the world through Fordham’s International and Study Abroad Program. Choose from a wide range of courses taught in Spanish.

The student journal Por Granada publishes the students' final project of the course Spain in Context taught by Rafael Lamas, PhD, at Fordham in Granada.

Chat with your classmates and increase your knowledge of Hispanic culture, education, and politics through events and lectures hosted by the student club Academia Hispania.

You’ll graduate with advanced proficiency in speaking and writing in Spanish—as well as an extensive literary and cultural preparation—that will open doors to many careers. Wherever Spanish is spoken, there may be a role for you.

Our graduates earn advanced degrees in graduate programs in:

They attend professional schools in:

They work in as many fields as there are people speaking French, including:

Our career services tap Fordham’s ties with more than 2,600 companies. We offer:

You also get access to our powerful (and Fordham-loyal) network of alumni, who want to see you succeed as they have.