Fordham University: Where New York Is Our Campus 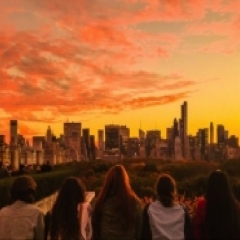 Why study history in New York? There are endless benefits, but our students and faculty repeatedly mention the following:

Learn in our diverse city and campus
We are home to one of America's most culturally diverse locations, which will expose you to new and various perspectives, and provide for unique, firsthand learning experiences. If you are studying medieval history, for instance, it is not only possible for you to study Islam, Judaism, and Eastern Orthodox Christian denominations, but also to visit their houses of worship, see contemporary examples of their art and architecture, and talk with members of these communities.

This cosmopolitanism will be reinforced by the people you meet not just in the city but on the campus as well. The dynamic mix of the undergraduate population brings international character and an animated discourse to the Fordham history classroom.

Study the city inside and outside of the classroom
In New York, extremely valuable historical resources are often only a glance away. Professor Nicholas Paul explains that he frequently brings these outside sources into classroom discussion. Because "we live in the midst of a heaving metropolis with all this diversity," he says, "I can ask my students to think about questions of urban space, poverty, and street culture, while at the same time gesturing out the window at the administration building when I need an example of a Manor House."

Professor Daniel Soyer agrees; he finds historical resources from "so many periods and of so many sorts in so many parts of the city that just walking around is a history lesson in itself." Consequently, Soyer, who teaches classes on urban and immigration history, makes it a point to walk around the city with his students, stressing the knowledge students can gain from merely exploring their environment.

Professor Roger Panetta adds that he also encourages his students "to explore the city's history in depth and its populations, work habits, commerce, and architecture--even its streets and waterways."  These urban themes will appear in many of your classes, building a deeper understanding of the critical importance of cities in history and of using New York as a rich source for comparative study. 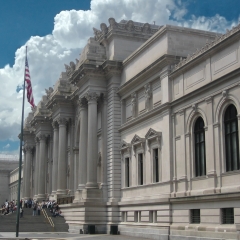 New York's many museums and libraries also provide scholars with abundant resources for original research. Our city's many libraries contain, for instance, large collections of medieval manuscripts. Professor Paul explains: "You can actually conduct full-scale research on European medieval manuscripts here in New York, something that you can do virtually nowhere else in the Americas."

You will also gain unique benefits through our partnership with the New York Historical Society, which provides you with free access to the second oldest historical society in the United States. Additionally, there are other research centers among the New York Public Library, the Metropolitan Museum of Art, and the Cloisters, which offer unparalleled possibilities to scrutinize and truly read history.

Discover the city with our dynamic faculty

Many members of our faculty were educated in the city and reside in the metropolitan region. These are not mere accidents of geography but are the fundamental underpinnings of the cosmopolitanism of the history department. As Dr. Panetta states, "This is a faculty that knows and loves New York and has an abiding interest in linking the city and the classroom. They will provide not just a rich course of study but a cultural sensibility that is formative and life long."

Place, people, and projects are the three key elements in making the study of history at Fordham a rewarding, cosmopolitan experience. To study history at Fordham, then, is to grasp and experience New York directly and personally--to get your hands on this great historic document, to touch the primary source, and study the manuscript up close.