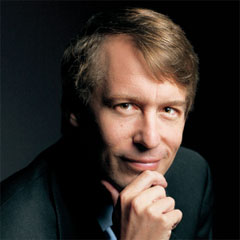 Carl Minzner is an expert in Chinese law and governance. He has written extensively on these topics in both academic journals and the popular press, including op-eds appearing in the New York Times, Wall Street Journal, Los Angeles Times, and Christian Science Monitor.  He is the author of End of an Era: How China's Authoritarian Revival is Undermining its Rise (Oxford University Press, 2018).

Representative academic works include China After the Reform Era, in the Journal of Democracy (2015), exploring China's transition away from the three-decades-long reform era characterized by political stability, ideological openness, and rapid economic growth; The Rise and Fall of Chinese Legal Education in the Fordham International Law Journal (2013), examining both the expansion of Chinese legal education since the late 1990s, and its impending retrenchment; and China's Turn Against Law, in the American Journal of Comparative Law (2011) analyzing Chinese authorities’ shift against legal reforms of the 1980s and 1990s.

Prior to joining Fordham, he was an Associate Professor of Law at Washington University in St. Louis. In addition, he has served as Senior Counsel for the Congressional-Executive Commission on China, International Affairs Fellow for the Council on Foreign Relations, and Yale-China Legal Education Fellow at the Xibei Institute of Politics and Law in Xi'an, China. He has also worked as an Associate at McCutchen & Doyle (Palo Alto, CA) and as a Law Clerk for Hon. Raymond Clevenger of the U.S. Court of Appeals for the Federal Circuit.