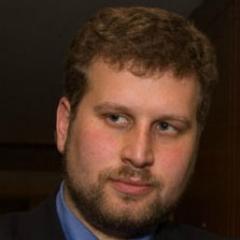 Corey Brettschneider is Professor of Political Science and Public Policy at Brown University, where he teaches courses in political theory and public law.  He is also visiting professor at Fordham Law School. Brettschneider has also been a visiting professor at  The University of Chicago Law School and a visiting associate professor at Harvard Law School.  He received a PhD in Politics from Princeton University and a JD from Stanford University.  He is the author of The Oath and the Office: A Guide To the Constitution For Future Presidents (W.W. Norton, 2018), When the State Speaks, What Should It Say? How Democracies Can Protect Expression and Promote Equality (Princeton University Press, 2012) and Democratic Rights:  The Substance of Self-Government (Princeton University Press, 2007).  Brettschneider is the author of a casebook, Constitutional Law and American Democracy:  Cases and Readings (Aspen Publishers/Wolters Kluwer Law and Business, 2011).  His articles have appeared in the Texas Law Review, Northwestern Law Review, Political Theory, and American Political Science Review.  His writing for a popular audience has appeared in the New York Times, Politico Magazine, and TIME.  He is also a frequent commentator on constitutional issues for BBC Newshour and BBC World television.