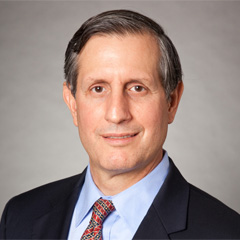 Rich Bonaventura is an adjunct professor at Fordham University Law School, where he has since 2015 taught a course he created, entitled “How M&A Gets Done.”  Prior to his retirement from banking in 2020, Rich was an investment banker, specializing in M&A, for over 30 years; most recently Rich was Vice Chairman of Banking at Barclays.   Previously, Mr. Bonaventura served as Co-head of Financial Institutions – Americas at Barclays for five years and, prior to that was Head of M&A for Financial Institutions at Barclays/Lehman for fourteen years.

Before becoming a banker, Rich worked as a corporate lawyer at Cravath, Swaine, and Moore and, before law school, earned his CPA at Coopers and Lybrand.   Rich received his JD from the University of Virginia Law School, where he won the Lile Moot Court Competition, and has a BS from the University of Virginia’s McIntire School of Commerce, where he won the Edgar F. Shannon Award as class valedictorian.