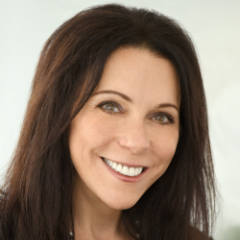 Nationally renowned for her excellence in teaching, a recent book, What the Best Law Teachers Do (Harvard University Press), profiles the pedagogical approach that renders her a "dazzlingly effective model of rigor, hard work, creativity, and humility." She is the unprecedented ten-time recipient of the Student Bar Association's Professor of the Year Award, and in 2019 the award was renamed in her honor the Paula A. Franzese Professor of the Year Award. She was named one of twenty inspiring women in education by she knows media and recently presented on education as a human right at the United Nations.

Prof. Franzese is the author of several books and numerous publications on government ethics, housing law reform, exclusionary zoning, takings law, homeowners’ associations and the dilemma of privatization. Her most recent findings on the plight of low-income tenants living in substandard housing have informed state and federal law reform efforts. Nationally renowned for her work on government ethics reform, she was awarded the National Council on Government Ethics Laws’ highest honor, the COGEL Award, for her "significant, demonstrable and positive contributions over a long period of time to the fields of campaign finance, elections, ethics, freedom of information and lobbying reform." She served as Special Ethics Counsel to two governors, Chair of the State Ethics Commission and Vice-Chair of the Election Law Enforcement Commission.

Prior to joining the academy Prof. Franzese was a litigator with Cahill Gordon, where she also served as a member of the NYC Housing Court Reform Project. She is mom to Michael Luigi and Nina.