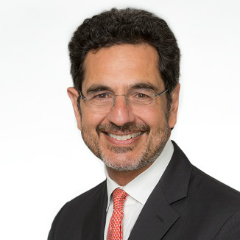 Grant Hanessian is an independent arbitrator and neutral in New York, specializing in international, investor-state, and complex commercial disputes.

For more than three decades, Mr. Hanessian has acted as counsel and arbitrator in a wide range of commercial and treaty disputes arising under the laws of many common and civil law countries and public international law.   Prior to June 2020, he was a partner at Baker McKenzie, where he practiced for 33 years and served as global co-head of the firm’s International Arbitration Practice, head of its International Arbitration Practice in North America and head of its New York office Litigation Department.

Mr. Hanessian is annually recommended by Chambers Global and USA Guides (described as "very knowledgeable and strategic in his offering of critical advice," an "elite lawyer" who is "very experienced, hugely knowledgeable and effective," a "powerful advocate for clients"), Legal 500 (described as “a great practitioner” with a “strong commercial profile”), PLC Which Lawyer, The International Who's Who of Commercial Arbitration and  Expert Guide to Leading Practitioners in International Arbitration (ranked among "Best of the Best" in international commercial arbitration).