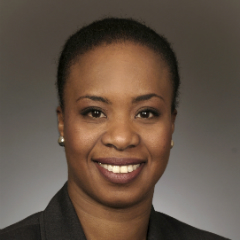 A graduate of Tulane Law School (J.D. 1997) where she obtained certificates in European legal practice and in commercial arbitration, Ms. Thevenin also attended the University of Paris at Panthéon-Assas in France, where she studied the French legal system and European Community law. She is a graduate of Cornell University (B.A. 1993), where she obtained a double major in history and Spanish literature. While at university, Ms. Thevenin lived in Madrid, Spain and studied international relations, Spanish law and Spanish literature.