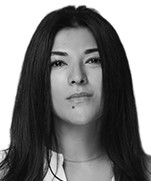 Diora Ziyaeva is an international arbitration specialist with a decade of experience litigating complex cases and representing clients from around the world from diverse industries. She has appeared before the International Chamber of Commerce (ICC), London Court of International Arbitration (LCIA), American Arbitration Association (AAA), International Centre for Dispute Resolution (ICDR) and the United Nations Commission on International Trade Law (UNCITRAL).
Diora is a member of Dentons US LLP's Litigation and International Arbitration practice groups in New York, and focuses her practice on investor-state arbitration, commercial arbitration and issues and disputes relating to public international law, as well as corporate law with an emphasis on the oil and gas sector. Diora has been involved in over a dozen investment arbitration cases under the UNCITRAL Rules and the ICSID Convention/Rules, as well as in commercial disputes involving states and state-owned entities. Licensed in New York and Uzbekistan, Diora has represented clients in disputes governed by the laws of more than thirty nations across Europe, the Middle East, Central Asia and Russia, North America, Oceania, and North Africa.
Diora publishes extensively worldwide and is a frequent guest lecturer in law schools across the globe. She is fluent in Uzbek, Russian, and German.

University of World Economy and Diplomacy, 2007, Law Degree, with honors