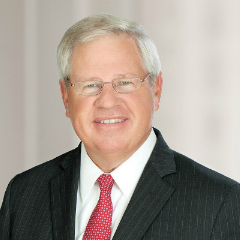 He regularly represents financial institutions, mutual funds, hedge funds, pension funds and venture capital firms in securities disputes.  Due to his experience in the ADR field, Mr. Younger is often called on to serve as an arbitrator or mediator in high-stake matters.  He has also developed an extensive practice representing Latin American companies.

Mr. Younger is a Fellow of the New York Bar Foundation and of the Center for International Legal Studies.  He serves on the Advisory Committee to the New York Supreme Court's Commercial Division and is a member of the Chief Judge's ADR Advisory Committee.  He serves as a Trustee of Albany Law School and is a past-President of the National Alumni Council of Albany Law School.  Mr. Younger is on the Panel of Neutrals of CPR and the AAA and is a court-appointed mediator for the U.S. District Court for the Southern District of New York
.
Mr. Younger has given over 90 seminars and written over 30 articles in the fields of securities litigation, commercial arbitration and international dispute resolution.