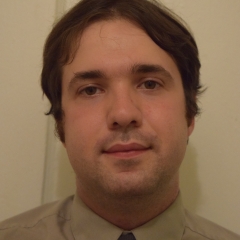 Learn more about Tobias's recent research and professional development from the blog post Postcard from Domfront.

Thesis: “ ‘If We Have Lost Our Constitution, Let Us Maintain Our Manners’: Joseph Howe and Nova
Scotian Nationalism.”

At the University of Maine: