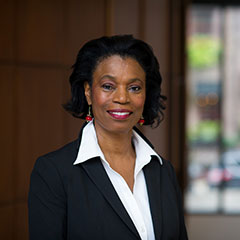 She is President of the Eastern Division of the American Philosophical Association (2108-19).  An elected  member of the American Law Institute and the National Academy of Medicine, she served under President Obama as a member of his National Commission for the Study of Bioethical Issues. Allen also has served on numerous US editorial, advisory, and non-profit boards including the Association of American Law Schools, the Association for Practical and Professional Ethics, the Hastings Center, Planned Parenthood and the Bazelon Center for Mental Health Law.

She served for two years on the IRB of the NIH Precision Medicine Initiative and the board of directors of the former WCG Foundation.  In June 2014, she received a Lifetime Achievement Award from the Electronic Privacy Information Center in Washington D.C. for her pioneering privacy scholarship and advocacy. She has been recognized by the Alaine Locke Society and the Collegium of Black Women Philosophers.

Allen is co-author of Privacy Law and Society (2016), the most comprehensive textbook in the field.  Allen’s other books about data protection, values and contemporary life include, Unpopular Privacy: What Must We Hide (2011); The New Ethics: A Guided Tour of the 21st Century Moral Landscape (2004), and Why Privacy Isn’t Everything (2003). Allen, who has written more than a 100 scholarly articles, has also contributed and been featured in popular magazines and blogs, including “The Stone” and “What It’s Like to be a Philosopher,” and appeared on numerous television and radio programs, and lectured on privacy in Europe, Asia, and the Middle East.