After a 27-year hiatus, Fordham Sailing was resurrected in 2000 by a group of seven undergraduate students. Since then, the program has grown vastly in size, scope of operations, and competitive success. Fordham is a member of the Middle Atlantic Intercollegiate Sailing Association (MAISA), one of five regional conferences of the Intercollegiate Sailing Association of North America (ICSA), the governing body of College Sailing in the USA. As a member of the ICSA, Fordham Sailing competes regularly against both club and varsity sailing programs from around the country. 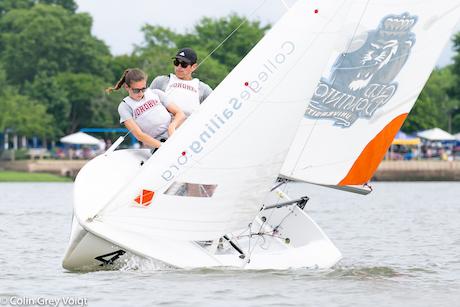