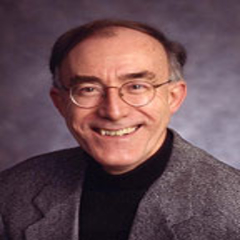 "I came to Fordham’s Graduate Theology Department to study in the remarkable History of Religions program developed by Thomas Berry, CP from 1967.  I had completed double majors in History and Religious Studies with the Benedictine at St. John’s University in Minnesota, and the monks there recommended Fordham’s graduate program.  From my earlier years in North Dakota I had developed an increasing interest in world cultures and their religious underpinnings.  Studying with Benedictines opened Medieval Monastic and Scholastic thought for me; whereas my years of Jesuit-influenced studies at Fordham expanded my interests in global cultural interactions.  There were exceptional professors at Fordham then, such as Norris Clark SJ, Ewert Cousins, John Heaney, Christopher Mooney SJ, and Byron Schaeffer who added their insights to help develop the History of Religions program.  The camaraderie of the 1968 graduate class was remarkable with gatherings in the first snows to sled down the Spanish Steps in the Bronx, friendships that have lasted into the present, and study sessions in students’ apartment that often ended in moving Vatican II inspired liturgies.  I met my wife, Mary Evelyn Tucker, at Fordham when she was studying Sanskrit.  Under Thomas Berry’s thoughtful direction we all pursued a broad understanding of religion, as well as learning the language, cultural context, and history of a specific religious tradition.  It was Berry’s guidance of my PhD dissertation on Anishinabe/Ojibway shamanism that brought me into serious thinking about religion and ecology.  Moreover, along with Berry, several Jesuits at Fordham made me aware of the thought of Pierre Teilhard de Chardin SJ.  These influences are all formative of the contributions I have made with Professor Tucker and others to the series of conferences and edited books on “Religions of the World and Ecology,” as well as the award-winning film, Journey of the Universe."

John Grim is a Senior Lecturer and Research Scholar at Yale University, where he has appointments in the School of Forestry and Environmental Studies as well as the Divinity School and the Department of Religious Studies. He teaches in the joint MA program in religion and ecology and is co-founder and co-director the Forum on Religion and Ecology at Yale with his wife, Mary Evelyn Tucker. With Tucker, Grim directed a 10 conference series and book project at Harvard on “World Religions and Ecology.”

Grim teaches courses in Native American and Indigenous religions and World religions and ecology. He has undertaken field work with the Crow/Apsaalooke people of Montana and Salish people of Washington state. He is the author of The Shaman: Patterns of Religious Healing Among the Ojibway Indians (University of Oklahoma Press, 1983).  Grim edited Indigenous Traditions and Ecology: The Interbeing of Cosmology and Community (Harvard, 2001).

Grim and Tucker are the co-authors of a new overview of the field titledEcology and Religion (Island Press, 2014). Together they have co-edited the following volumes: Worldviews and Ecology (Orbis, 1994); the Daedalus volume titled Religion and Ecology: Can the Climate Change? (2001); Thomas Berry: Selected Writings on the Earth Community (Orbis, 2014); and Living Cosmology: Christian Responses to Journey of the Universe (Orbis Books, 2016).  Grim, Tucker, and Willis Jenkins co-edited the Routledge Handbook on Religion and Ecology (Routledge, 2016).

John Grim is co-executive producer of the Emmy award winning film,Journey of the Universe. This film is the center piece of massive open online courses (MOOCs) offered by Yale/Coursera.

Grim and Tucker have spoken and written extensively about the Papal Encyclical on the environment titled Laudato Si’. See especially their article "Integrating Ecology and Justice: The Papal Encyclical" in TheQuarterly Review of Biology in September 2016.