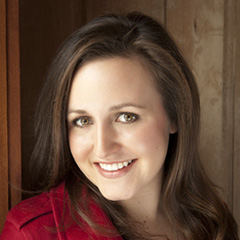 Erin McKenna Hanses is a doctoral student in Classics whose main research focuses on Lucretius' De Rerum Natura as a precursor to Roman love elegy, particularly on elegiac responses to Lucretius' diatribe against love. Her dissertation, "Lucretius and the Origins of Roman Love Elegy," examines the influence of both Lucretian poetics and Roman Epicureanism on the Augustan elegists Sulpicia, Tibullus, Propertius, and Ovid. Her other research interests tend toward issues of gender and sexuality in neoteric and elegiac Latin poetry. In particular, she explores the ways in which descriptions of women's erotic pleasure correlate to Greek and Latin medical texts. Erin also maintains an interest in ancient Greek comedy and how the dynamics of actor-audience interaction can be highlighted through staging. Erin spends each summer in Rome as an instructor for the Paideia Institute's Living Latin in Rome program, conducting Latin instruction in the target language. She is an advocate for active language pedagogy in the Classics classroom, and has brought spoken Latin not only to college students in Rome, but also to young children in the Bronx and Brooklyn as a Site Coordinator for Paideia's Aequora program. 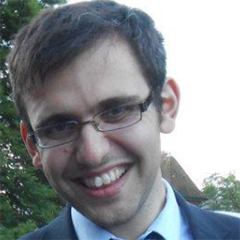 After studying Classics at Oxford University, England, for four years, Daniel went into teaching Latin, Greek, and Classics at secondary school level (high school and college) in England. Having done this for over six years, including a year of training at Cambridge University, and a year running his own department in an English high school, he is joining Fordham's Classics Department to pursue his PhD. The first part of his Ph.D. will focus on linguistic studies and ancient literature. His interests within the subject are wide-ranging and include prose composition in both Latin and Greek, as he regularly writes his own short stories for high school and college students, the fall of the Roman Republic and Alexander the Great, topics on which he lectures every year as part of his duties as Director of the National Classical Summer School at Repton, England. 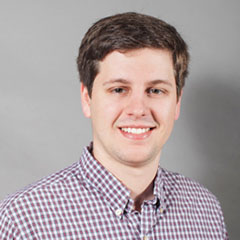 Bert received his B.A. at the College of Charleston with a major in Classical Studies. He also completed a post-baccalaureate certificate at the University of North Carolina in the same field. He is interested in the works of the historian Josephus as they pertain to the relationship between Rome and Jerusalem, ultimately leading to the war between Rome and Judea as well as the Jewish revolts of the first century AD. 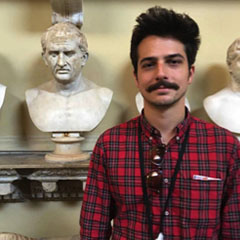 Harrison Troyano is Ph.D. student in Classical Philology at Fordham University, whose research focuses on Vergil and his plants. Recently, he has presented on Homeric burial anxiety in James Joyce's Ulysses, the influence of Lucretius on Vergil's "Second Eclogue," and the metapoetic plant-life of Seneca's Oedipus. Harrison teaches mythology, Latin, and Roman history at both the Lincoln Center and Rose Hill campuses. 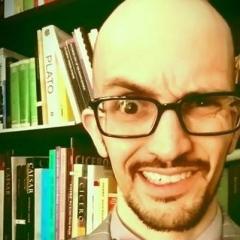 Bryan Whitchurch is a Ph.D. student in Classics whose research interests at Fordham have focused on classical reception with a particular emphasis on Italian humanism of the 15th-16th centuries. His inquiries and conference presentations have included humanist Latin translations of Plato, Sophocles, Theognis, and is currently writing a dissertation on Ubertino Posculo's Constantinopolis, a Latin epic recounting the 1453 fall of Constantinople in Vergilian style. During the summer he serves as the director for a high school program in Rome with the Paideia Institute for Humanistic Study that attracts students from several countries. Before enrolling at Fordham, he taught Latin for six years in Washington D.C., Boston, and in New York City at the Brooklyn Latin School.