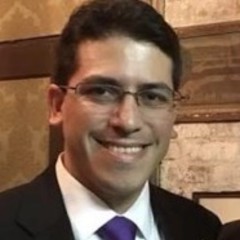 Professor Ellis recently joined the Roosevelt Island Operating Corporation as Deputy General Counsel.  Prior to that, he was counsel to the New York State Housing Finance Agency (HFA) for over five years, where he worked on tax-exempt bond transactions and affordable housing developments throughout the State.  Prior to HFA, Professor Ellis worked for Related Management Company, assisting with compliance on the company’s affordable housing portfolio.

Professor Ellis is a Member of the New York City Bar Association’s Housing and Urban Development Committee, and he serves on the board of Neighborhood Housing Services of New York City, a local affordable housing non-profit and CDFI.

While a student at Fordham Law School, Professor Ellis twice competed in the Alvaro Uribe Moot Court Competition and served as Co-President of the Latin American Law Students Association (LALSA).  He is also a proud recipient of the Archibald R. Murray Public Service Award, and an alumnus of both the Community Economic Development Clinic and the Feerick Center for Social Justice, where he was a Dean’s Fellow.

Prior to graduating from Fordham University Law School, Professor Ellis received a B.A. in History from the University of California, Los Angeles.