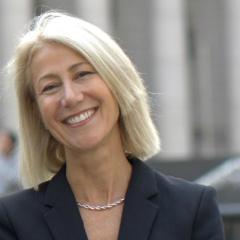 She is a leader within the National Association of Women Judges (NAWJ), and was recently appointed to the American Bar Association (ABA) Commission on Immigration representing the NAIJ within that body. Professor Tsankov has published articles in the U.S. Department of Justice, Immigration Legal Advisor, and in various academic law journals. She speaks regularly before members of the immigration law community at international, national, and regional conferences. She has taught advanced immigration law courses at the University of Colorado and the University of Denver, Sturm College of Law.