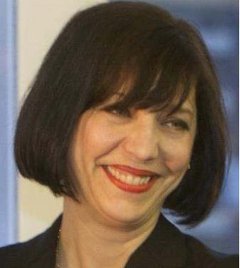 Ms. Sicard-Mirabal is an Adjunct Professor of Law at Fordham University School of Law in New York City. She teaches Introduction to Investor-State Arbitration since 2010, International Business Transactions since 2017 and International Arbitration Practicum for LLM students (Spring 2019). She has been a guest lecturer on international commercial and investment arbitration at several law schools including, Harvard University, Columbia University, Boston University, Northwestern University, the Law School at the Università degli Studi di Firenze, and La Sapienza – Università di Roma, Italy, and the Universidad de Montevideo, Uruguay, among others.

Since 2011, she serves as an External Member of the Sanctions Committee of the Inter-American Development Bank (IDB). The Sanctions Committee is the second tier of the IDB Sanctions System. The Committee reviews and makes final decisions on cases concerning fraud and other Bank- prohibited practices committed by beneficiaries of IDB Bank loans for IDB-sponsored projects.

From 2006-2015, Ms. Sicard-Mirabal was the Executive Director (formerly, Regional Director) of Arbitration and ADR for North America for the ICC International Court of Arbitration/SICANA, Inc. In this capacity, she represented and promoted ICC dispute resolution services in North America. She advised companies, States, and attorneys on all phases of commercial and investor- state arbitration, including negotiation of arbitration clauses, requests for arbitration, procedural issues and enforcement of arbitration awards. During the same period, she served as Director of Dispute Resolution Services of the United States Council for International Business (USCIB). The USCIB is the U.S. National Committee of the ICC International Court of Arbitration. In such capacity, Ms. Sicard-Mirabal assisted the ICC Court in the nomination of arbitrators, mediators, and experts; made referrals to parties seeking arbitrators or counsel; organized seminars, conferences, and corporate roundtables to discuss topics on arbitration; and, answered questions regarding the arbitration process, and other ICC dispute resolution services.

Ms. Sicard-Mirabal commenced her legal career as a Judge of a Small Claims Court and subsequently as Chief Justice of the Civil, Commercial and Labor Court in La Vega, Dominican Republic where she rendered numerous decisions on commercial, civil, and labor matters. She also had stint sittings as substitute judge at the Court of Appeals of the Judicial Department of La Vega. During her tenure as a judge, Ms. Sicard-Mirabal was a Professor of Law at the Universidad Tecnológica del Cibao, teaching International Public Law and Comparative Law. She continued her legal practice in the United States, first as an associate at the law firm of Thelen, Reid & Priest and then as a Of Counsel at Winston & Strawn and Greenberg Traurig.

Ms. Sicard-Mirabal received a law degree from the Pontificia Universidad Católica Madre y Maestra, Santiago, Dominican Republic. She continued her legal studies at Fordham University School of Law in New York. She is admitted to the New York State bar and the Dominican Republic bar. She speaks English, French, and Spanish.

Ms. Sicard-Mirabal is co-author of the book, Introduction to Investor-State Arbitration, with Yves Derains, Kluwer Law International, 2018. She has authored many articles, appeared on numerous television programs, domestic and foreign newspapers, and is a frequent speaker at conferences and seminars all over the world.

2013 “Award for Excellence in Professional Achievements” from Dominican Week

2011 “Professional Achievements Award” from the Presidency of the Dominican Republic

2009 “Award for Professional Achievements” from APEC University and Dominican Week