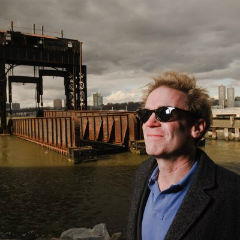 James T. Fisher is Professor of Theology and American Studies. A historian of religion and culture in the 20th century U.S. and author of four books, Fisher received the American Catholic Historical Association’s Distinguished Achievement Award for Scholarship in 2014. Before joining the Fordham faculty in 2002, James Fisher taught American Studies at Yale and later held the Danforth Chair in Humanities at Saint Louis University.

Cultural History of Religion and Ethnicity in the United States

On the Irish Waterfront: The Crusader, the Movie, and the Soul of the Port of New York (Cornell University Press, 2009).

"No Search No Subject? Autism and the American Conversion Narrative," in Mark Osteen, ed., Autism and Representation (Routledge, 2008), 51-64.

"Catholics in the Middle Atlantic," in Randall Balmer and Mark Silk, eds., Religion and Public Life in the Mid-Atlantic Region: The Fount of Diversity (AltaMira Press, 2006), 71-94.