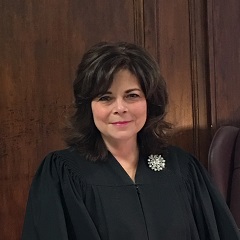 Judge DiDomenico has taught at St. John's Law School. In addition, since 1990, she has served as an Adjunct Professor of Law at Fordham University School of Law. She is a member of the Office of Court Administration Family Court Advisory and Rules Committee. Judge DiDomenico is a frequent lecturer on the subjects of domestic violence, family law and dealing with the media in high publicity cases.